Sticking your neck out: Servant leadership in practice 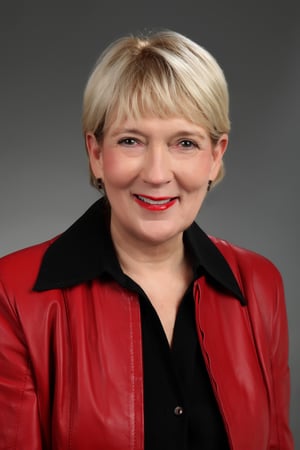 With a style that is both flexible and nourishing without compromising her values, Nancy Howell Agee, President and CEO of Carilion Clinic, embodies the characteristics of servant leadership. Combining strength and humility, her leadership mantra takes a cue from nature, “A turtle doesn’t get anywhere without sticking her neck out.” Agee keeps a turtle figurine on her desk as a daily reminder.

Placing similar importance on humility, Agee says, “If you’ve ever seen a turtle on a fence post, you know she didn’t get there by herself – none of us rise up in an organization or in our careers without the help of others.” As leaders, we often end up somewhere we didn’t expect, so leaning into the talent and expertise of others to work through challenges is imperative for problem solving.

Embracing and building up others is something Agee has always made a priority, especially when it comes to women leaders. Half of her leadership team is female, and she has been a dedicated mentor of women leaders both inside Carilion Clinic and beyond.

Yet Agee finds herself surprised by “[still] needing to be intentional about women leaders. It seems like something we went through in the 60s.” But continuing efforts to improve opportunities for women leaders is of extreme importance.

According to a 2019 Lean-In survey, “Over 60 percent of employees entering the healthcare industry are women, while across sectors in the United States, women represent an average of just under 50 percent of entry-level employees.” But when it comes to executive leadership positions, both women of color and women in general are underrepresented. Trends show that the higher up you look in an organization the less diversity you will see.

A recent Modern Healthcare article highlights that “the percentage of women leading Fortune 500 companies fell to just 4.8 percent.” Their stats show healthcare exceeds that with the percentage of female CEOs landing somewhere between 13-20 percent and women holding about 30 percent of the c-level roles. Some data suggests that there has been an overall dip in the progress over the last several years without any clear indication as to why.

Not only are we making slow progress, in some ways we are stalling—meaning fewer women executives and that’s just disappointing. Agee is surprised women don’t “say yes” or put themselves forward. “That’s why we need to be more intentional about encouraging and mentoring women along this path,” she says. “The fact of the matter is, none of us gets here alone.”

Agee thinks back to her grandmother who encouraged her and says, “It’s incumbent upon those of us who are leaders to give that back.” She advocates mentoring other women and identifying potential leaders to bring them forward. “Raise your hand and tell your story! Sometimes you’re going to fail and sometimes you’re not going to get where you want, but that’s okay.”

Agee credits a colleague for giving her a book about servant leadership, with the note, “This is how I think of you as a leader,” that inspired her continued development. Since then she’s become disciplined and tries to apply those principles to all that she does. For instance, when asked who her most important constituency was, she said, “Of course we all say our patients. I think my role is to help others take care of patients. They are giving direct care and what I do every day is make sure they can do their job. That is the magic moment between a clinician and a patient. I serve those who lead so that they can do the work they do. And that’s perhaps the most distinctive piece. It’s helping others develop and get out in front rather than putting yourself in front.”

“Servant leadership,” is a term coined years ago by Robert Greenleaf, an accomplished AT&T executive and founder of the Greenleaf Center for Servant Leadership (the first and only one of its kind in the U.S.). He defines Servant Leaders as managers that ultimately thrive by supporting others and directing them toward their passions. The word “servant” doesn’t appear to be as powerful as “boss.” But what it lacks in perceived power, it delivers in influence.

When a leader removes herself from the equation to focus on the organization and its success, the most important battle has been won—establishing trust. Being a servant leader doesn’t mean you don’t correct behavior or tell people what to do.

Really, these are qualities that all leaders should strive to employ regardless of their style.

Greenleaf wrote, “The servant leader is servant first … it begins with that natural feeling that one wants to serve. The best test, which is difficult to administer, is: Do those served grow as persons? Do they, while being served, become healthier, wiser, freer, more autonomous, more likely themselves to become servants?”

Humility creates space for others in problem-solving. A Catalyst study backs this up, listing humility as one of four critical leadership factors for creating an environment where employees from different demographics feel included. This held true for women and men in six countries.

Although servant leadership style is commendable, as well as viable, it’s important to balance. Women have historically been hailed for their humility, but Agee points out that in addition to that inherent humility, women must apply the 3 Cs:

Curiosity plays a critical role in leadership, because it creates the opportunity to gather different points of view. Agee believes that diversity on teams leads to more well-rounded curiosity. She highlights a time when curiosity within her leadership team worked like peeling back the layers of an onion. “What if we did this? What if we did that? How would this play out? It’s taking advantage of a wide variety of perspectives, and the natural collaborativeness that women bring to the team. For me, curiosity is a way of really showing interest and respect for another person, while trying to inspire diversity of thought and varied opinions.”

Courage can be daunting, especially as the only female in a boardroom or group of business leaders. Many times, Agee has found that women are not taken seriously or that their role is minimized from the start. She doesn’t let that stop her. She notes, “You have to, in a very careful way, assert yourself, and I find that surprising.” This courage, or lack thereof, can mean the difference between making a place for yourself as a valued voice or being drowned out.

Confidence and courage seem very similar, but confidence is more about believing in yourself and your ideas, so that you can have the courage to speak up. Balancing this confidence with courage and taking the initiative to be curious make for great leadership. Agee summed it up best when she said, “Curiosity implies the act of listening and that’s much more than waiting your turn. It involves distilling what you’re hearing and actively being inquisitive to understand others’ points of view and then bringing that together. It’s not just what they’re saying, but what’s behind the words—what they are feeling. That’s what makes women natural leaders.”

All in all, Agee’s strong female leadership, combined with her passion for leading with gratitude and humility, has had a profound impact on her organization and the industry as a whole. Like the turtle, she is at ease in her own shell, sticks her neck out when she needs to and when the time and environment are right … she’s swift, nimble and takes action. Her courageous leadership has helped break down barriers and encourage growth that will have a lasting impact for years to come.