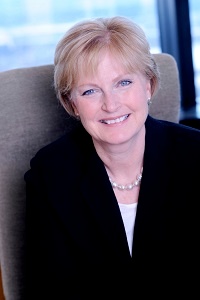 For example, Minnesota residents who had pre-existing conditions already had insurance coverage through a special high-risk pool that included businesses as well as individuals. It had been functioning just fine for 30 years. The ACA shut the program down. Those individuals were forced to buy insurance products on the clunky exchange and now, in Year 2, are facing rate hikes of more than 50 percent because the risk pool is too small.

“That’s a federal issue, and we wish it would change,” Brainerd says. “But it appears no one has the political will at the federal level to ask, ‘What’s not working, and how can we help make it better?’ The more you segment the market when people have serious health conditions, the higher the costs are both for these individuals and for these smaller funding pools that are responsible for covering their costs.”

It’s an intriguing patient-centric perspective on Brainerd’s part, and comes from an angle that’s a little different than the typical healthcare-industry party line. But perhaps that’s to be expected from a respected executive with a degree in philosophy (as well as an MBA).

“I think there are actually a lot of areas in which both philosophy specifically and liberal arts in general add value, and that is that you spend time studying many different perspectives on the same topic,” she says. “So when you’re faced with challenges and decisions, you’re less likely to think there’s a formulaic right answer. Instead, you’re more likely to think there are many perspectives on this issue to explore and understand before moving to quick decisions.”

A 2013 merger with the ParkNicollet system was significant for HealthPartners because it doubled the organization’s patient base to more than 1 million and expanded the payer-and-provider capabilities that the company had been executing for 50 years. Other healthcare organizations are now jumping into the payer-provider mix, and Brainerd has some advice for them.

“I think the challenge for organizations that are just creating those capabilities is not to think of them as two separate businesses but instead to look at them as very integrated, synergistic businesses that have the same strategy. We have the same strategic plan for our delivery system as we do for our health plan, and it’s focused on people as our chief resource and asset.”

Yet the enormity of merging two large organizations was a challenge.

“There are 23,000 people making decisions across our organization every minute of every day, and so what we do and how we do it has to come from that shared sense of value and a common sense of purpose,” Brainerd says.

As the vehicle for that mission, HealthPartners’ culture is known as “Head + Heart, Together.” Internally, it has helped build cohesion. Externally, it has encouraged the organization get in front of the trend toward collaboration. For example, HealthPartners, Allina Health and a physicians’ group were all thinking about building an MRI center in one region of the Twin Cities metroplex. Instead, they worked together and built one center that they all utilize.

HealthPartners and Allina also joined forces in an initiative called the Northwest Alliance, with a view to achieving Triple Aim results in quality and health improvement, especially in urgent care and mental health services.

“Neither of us alone would have been able to bring that capability to the community,” she says.

The results, she says, have been so strong that HealthPartners and Allina are planning to extend the original 7-year agreement before it even expires.

Brainerd is equally committed to HealthPartners’ ties with the Institute for Healthcare Improvement, making, as in the case with the Northwest Alliance, the Triple Aim its overarching view of care. The Triple Aim’s focus on quality and safety is an area in which her personal experience has shaped her.

More than a decade ago, she was a patient in her own system as she dealt with breast cancer. Her care was excellent, but there were some less-than-stellar interactions with the system that made her re-evaluate what HealthPartners’ patients experience.

“I think anyone I know who has worked in healthcare and then has encountered the healthcare system as a patient, either themselves or a close family member, is changed by that experience,” she says. “Still, to this day, I almost viscerally recall that feeling of vulnerability that you have, and also the understanding that the physical challenges of treatments and surgeries is in many respects not even half the challenge of the emotional and psychological impact of a serious illness.

“It was a life-changing experience for me, and I hope it made me a better leader for our organization.”

While Brainerd says she believes the healthcare industry had made significant progress in safety, she also wonders what other blind spots exist.

“If, 10 years ago, we didn’t see those issues in patient safety, what are the things we’re not seeing today that future leaders will reference and say, ‘Why weren’t they focused on that?,’ ” she says. “For example, in our aim to minimize pain, we’re actually creating an environment where there are many worse health consequences as the result of the abuse, misuse and overuse of narcotics. More than 80 percent of the world’s narcotics are prescribed in the United States. And then I wonder what tomorrow’s example will be. I want to look for it.”