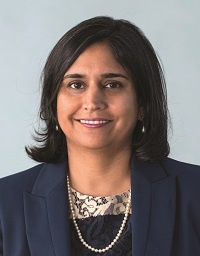 The patient-safety movement has made slow and steady progress in the U.S. healthcare industry. But to achieve a faster pace of change, Tejal Gandhi, MD, MPH, CPPS, says change needs to come from the top of each organization – and that means above the CEO.

“We talk about CEOs and leadership in terms of patient safety, but I think the involvement of governance and boards is a major gap we’re overlooking,” says Gandhi, president and CEO of the National Patient Safety Foundation. “Most boards don’t know much about quality and safety. They tend to leave that to the clinicians and aren’t necessarily demanding better performance in this area.”

The move away from fee-for-service payment in healthcare makes this even more critical, she adds.

“If you start to pay for value, part of the value is quality and safety,” Gandhi says. “Boards are going to have to become more knowledgeable, and they will; they are smart people and will ask the right questions. Workplace safety is a big issue in every industry. The directors will need to demand more and even think about CEO incentives being tied to safety and quality.”

Gandhi, who served as chief quality and safety officer at Partners Healthcare and executive director of safety and quality at Brigham and Women’s Hospital before joining NPSF, believes most healthcare CEOs want to improve safety but get overwhelmed about where and how to begin.

“I think CEOs want to create the right culture – they know a culture of safety is important – but how to actually do it is where the challenge is.”

One key element of NPSF is its respected think tank, the Lucian Leape Institute, named after the Harvard physician and researcher regarded as one of the pioneers of the patient-safety movement. At the institute’s retreat last February, Gandhi said the leaders came to the conclusion that they needed to sharpen their focus on helping healthcare CEOs.

“For the last five years, we’ve been focusing on what we call the transforming concepts, the big issues that we need to see change to really make advancements in safety – issues like patient engagement, transparency and reforming medical education,” she says.

“At the retreat, we asked, ‘Where are we struggling, and what theme ran across all five of the reports we released on the major issues?’ The theme was culture.”

Back when the seminal “To Err Is Human” report on medical harm was published in 1999, little was written about culture in the healthcare environment. Today, notes Gandhi, culture can be measured and stakeholders sometimes insist that organizations do just that. Going forward, the Leape Institute plans to get down to brass tacks to help CEOs create safer systems.

“We can’t just say, ‘Go change your culture,’ ” Gandhi says. “We need to give people things that are much more tactical. And I come from an operational, tactical background so I like the fact that we’re going to create a playbook that says, ‘Here are the concrete steps you can take as a CEO to start down this path.’ ”

As a relatively young CEO who has been on the job for two years, Gandhi has great empathy for leaders. She says her own learning curve was steep and that getting up to speed on issues ranging from finance to human resources to even real estate “was like drinking through a fire hose for the first six months. There’s a different level of stress when you’re the leader, so that’s taken some time to get used to. But what makes this job fun is the learning.”

Key to any discussion of quality and safety in a healthcare setting are the doctors, and Gandhi, a board-certified internist, worked in clinical care for many years.

She is hopeful that the transition to value-based care will allow mid-level providers to participate more in patient care and allow physicians to get back to having significant conversations with their patients. Primary care physicians, she said, sometimes have a tough time even visiting their patients in the hospital because they’re seeing an overwhelming number of patients in clinic on any given day.

“The primary care physician is the person who can advocate for the goals and values of the patient when interfacing with the rest of the healthcare system,” she says. “I’ve seen payment models where the primary care doctor gets reimbursed for going to the hospital and seeing a patient. It’s very important.”

While patients can and should partner with physicians on decision-making and with organizations by being welcomed onto quality improvement committees, Gandhi says the predominant responsibility for patient safety should be with the caregivers.

“The whole ‘ask-me-if-I-washed-my-hands’ thing drives me a little crazy because the patient shouldn’t have to ask – that’s on us,” she says. “But we do need their advocacy, making sure patients feel comfortable asking questions, that they agree with and understand their plan of care and that their voice is part of creating that plan.”