Medical care is only part of the solution to health disparities 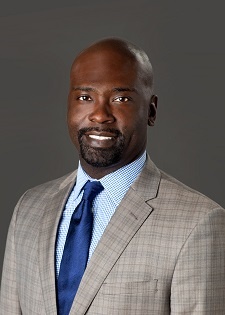 Delvecchio Finley doesn’t shrink back from a challenge.

That’s one of the reasons his last two jobs have been leading California public health organizations with different but significant issues. But as he surveys the changes needed not only within his own health system but throughout the nation as a whole, he is adamant that healthcare is only part of the solution for what ails the U.S.

“Even though access to care and the quality of care is important, access to stable housing, food sources, education and jobs play a greater influence collectively on our overall health,” says Finley, CEO of the Alameda Health System. “I think the evolving research in the field is making it a lot more evident to all of us that those issues are significant social determinants of health.”

The interconnectedness of all those factors makes health disparities harder to eradicate, Finley says, but one way to begin is to address the lack of diversity in healthcare leadership and the healthcare workforce as a whole.

“Making sure that our workforce is representative of the community we serve – that people who are coming to us for care aren’t just the recipients of that care but can also play a major role in providing or facilitating that care – is what starts to provide access to good jobs and stable housing, and in turn begins to build a good economic engine for the community.

“Thus, you’re reinvesting in the community, and that’s how we start to get at the root of this and not just through the delivery of the services.”

Finley has some life experience along those lines. He grew up in public housing in Atlanta, where access to healthcare was poor even though the actual care was excellent when he and his family received it. In his neighborhood, he says, the three fields of employment that offered paths to upward mobility were healthcare, education and law enforcement. He was a strong student, and enjoyed helping people, so he was eyeing a future as a physician during his undergraduate years at Emory University, where he earned his degree in chemistry.

“Upon finishing my degree, I realized that I loved science but wasn’t necessarily as strong in it as I needed to be to become a doctor,” he says. “But I still loved healthcare and wanted that to be something I pursued.”

He explored other avenues and ended up earning his master’s in public policy at Duke University. Finley was the first member of his family to graduate from college and to get a graduate degree as well, but not the last, he is quick to point out.

“The thing that I’m most proud of is that, while I was the first to graduate from college, that achievement has set a path for my cousins, nieces and nephews, who have continued to shatter that ceiling for our family.”

He says it was also within his family – and within public housing – where he first began learning leadership skills that would result in him becoming one of the youngest hospital CEOs in the country.

“I spent a fair amount of my childhood being raised by my aunt, and she was a force of nature,” Finley says with a laugh. “She served as president of the tenant association and she used that position to strongly advocate for reasonable services and humane treatment for people who were in a very challenging circumstance. I learned from her that we have a responsibility to use our gifts – and to use our voice and our station in life – to help people.”

That was certainly the impetus for taking the helm at both Alameda and his previous post as CEO of Harbor-UCLA Medical Center.

“Both of them are safety-net organizations that serve a disproportionately underserved community,” Finley says. “That resonates with me from both a personal and professional standpoint. They have both provided a chance to work with a team to get our hands around some of these issues because of the very important work and role that these organizations play in their communities.”

At Harbor, the bigger challenges were regulatory, not having good, documentable evidence of the quality and safety of the care that was being provided, “which we were able to fortunately surmount and proceed from there,” he says.

The difficulties that Finley and his team at Alameda have had to address are different, he says. “A lot of it was short-term economic hardship combined with the growing pains of going from a historical health system that had grown exponentially through recent acquisitions of two community hospitals. We’re just beginning to stabilize and right-size the ship.”

The elements for achieving lasting change, both for the health system and the community, are within reach, he says. Alameda’s skilled nursing facilities recently outperformed a lot of private organizations in earning a 5-star rating from CMS, something Finley hopes can be replicated systemwide with a new strategic plan that promotes greater “systemness” and a focus on access, quality, patient experience, and innovative approaches to care delivery.

Alameda Health System is also a benefactor of the a state Medicaid Waiver called Medi-2020, which is a partnership between CMS and the State of California that aims to promote continued transformation of the safety-net delivery system for Medi-Cal recipients. And, internally, Finley plans to bring more Lean management processes to Alameda in the next fiscal year.

He had begun to explore Lean several years ago when he was at Harbor-UCLA. He and leaders from a number of systems – including Alameda – took trips to watch Lean in operation at ThedaCare in Wisconsin, Virginia Mason in Washington, and Denver Health in Colorado.

“I appreciated that Lean wasn’t just a performance improvement methodology and the flavor of the day, but it was an operating system,” he says. “I think my other takeaway from the trip was that Lean is very hard to do. You’re going to have fits and starts, but if you commit to it, it can lead to some very transformative outcomes for your organization and for the community you serve.”

Transformative outcomes? Finley personally knows a thing or two about that.