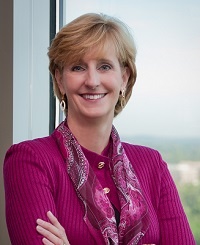 Susan DeVore, the CEO of Premier Inc., is one of the most successful executives in the country. DeVore took the helm in 2009, integrating the company’s supply-chain capabilities with a formidable treasure trove of data and analytics, to create a leading healthcare performance improvement company dedicated to transforming healthcare from the inside. She took the company public in 2013 with an IPO of $760 million. The stock opened above estimates at $27 per share and has increased in price more than 25 percent.

Yet DeVore has led the growing company with the heart of an entrepreneur, including spending $100 million to beef up and integrate its data platform with streams of information from its members’ statistics on supply chain, labor, clinical, and safety measures, among others.

“Because we have all this data at Premier, we’re able to build, test and scale ideas that might actually transform the system,” she says. “If you believe in innovation and want to make a big difference, then you have to experiment.”

Since assuming the role of CEO, DeVore has grown Premier into the largest alliance of health systems in the country. Majority-owned by its members, Premier represents 68 percent of U.S. community hospitals and leverages multiple businesses and partnerships along healthcare’s value chain to drive change. Under DeVore’s leadership, Premier:

• Provides data and analytics, and cloud-based data-warehousing services to health systems through a platform amassing insights on approximately 40 percent of U.S. health system discharges, including clinical, financial and operational data, while enabling peer-to-peer information sharing among more than 100,000 healthcare workers.

DeVore is well aware that, today, just over 5 percent of all public companies are managed by a woman CEO and public boards of directors only have 10 to 15 percent representation by women. While she had always been a champion of fostering leadership at a general level, there came a point in time that DeVore recognized an opportunity to develop leadership programs specifically for women at Premier.

“I don’t want to discriminate the other way, if you will,” she notes. “I want to make as many investments in men and in ethnic diversity as I do in women. But there are some specific topics that women can address together: How are you perceived? How do you speak up? How do you have a voice? How are you memorable? How do you advance your career?”

Those are questions DeVore has succeeded in addressing in her own life and career. She says her upbringing in a large military family (she has four sisters and two brothers) helped her early to develop self-sufficiency.

“You have to be comfortable around new cultures and different languages. I think it builds a natural navigation skill,” she says. “You’re open to more perspectives and different ways of thinking.”

She remembers vividly getting lost in Germany as a 3rd or 4th grader when she got on the wrong bus when she was trying to head home from the swimming pool. She ended up at a bar on the Rhine River many miles away and knew just enough German to allow the bartender to call her parents, who came and picked her up.

Those types of moments are an invaluable training ground for leadership, DeVore says. “I think one of the most important skills in leadership is the ability to communicate – to ask questions, to stumble and fall and get back up. There are so many life experiences that can be applied to business settings.”

For DeVore, her career has given her a steely determination not to allow corporate culture to label or limit her.

“In so many ways, women leaders are just like men. We are driven, we build high-performing teams, we execute strategy, we deliver results, we define culture and we have a passion for innovation in our chosen industries. But a woman’s road to leadership is further defined by our ability to balance our other roles – as wives, mothers and daughters. And, in my opinion, that requires a mindset shift.”

This became clear to DeVore one night early in her career. Tending to a sick child, she says she worried about how to balance the need to forgo sleep and take care of her family with deadlines at work.

“I kept thinking to myself … I am going to be so tired tomorrow; how will I function? In that moment, I decided that I was going to simply enjoy this time as a mother. I rocked and sang and truly enjoyed that time quietly into the night. I decided in that moment that being a mom and a working leader wasn’t going to be a trick question for me. I was not going to pit my work and my home life against one another, ignoring one for a time while I tended to the other. I was going to make my own rules. From that moment forward, I began to live one, blended life, made up of choices, compromises and non-negotiables.

“I don’t know if it would work for everybody,” she allows, “but it worked for me.”
She is passionate about the work at Premier and its impact on quality and safety. She was not simply handed the CEO role back in 2009, and says the competition helped her to crystallize what was important to her.

“What became really clear to me was that I felt very passionate about the social mission to improve the healthcare system, and what I was going to be able to uniquely bring to that was business principles,” she says. “It’s important work but I can apply all of my business knowledge to it – and those two things are not mutually exclusive.”

The social mission resonates with DeVore because of her own experiences with less-than-stellar care during hospitalizations for her mother, father and grandson. Though she is quick to point out that most families have similar stories, her leadership as Premier’s CEO gives her determination a powerful outlet.

“It’s personal to all of us,” she notes. “For all of our employees at Premier, our mantra is ‘Care is a verb.’ We need to transform this industry and create a better healthcare system for future generations.”