ACHE report on diversity: The more that things change... 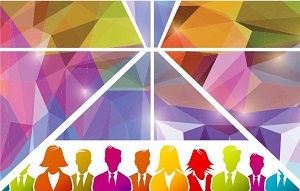 Every five or six years, the American College of Healthcare Executives conducts a new survey on diversity and inclusion in healthcare as it relates to leadership of our industry.

Its new report, by Leslie Athey, starts with a pretty candid preamble, essentially saying, "We've been talking about the lack of diversity at the top in healthcare for years. Why another survey?" Then it answers its own question: Because things haven't changed.

According to the survey, racial and ethnic disparities are very much alive in the healthcare industry today. African-American respondents indicate their salaries are lower than those of their white counterparts. "Further," says ACHE, "minority respondents were less likely to report that race relations in their organizations were good and more likely to report their careers had been negatively impacted by discrimination."

The article can be found in the September/October issue of Healthcare Executive magazine. For the full special report, click here.

ACHE notes that strides have been made, but there is still a long way to go. That's also the reason we continue to sponsor the Top 25 Minority Executives in Healthcare and the Top 25 Women in Healthcare awards for Modern Healthcare. We haven't arrived yet as an industry. The message still needs to be repeated. Leaders of healthcare organizations should reflect the communities and members they serve; statistics show that companies with diverse leadership perform better than those that don't. It's as simple as that.

Read our Guide on increasing workplace diversity and inclusion to learn more.