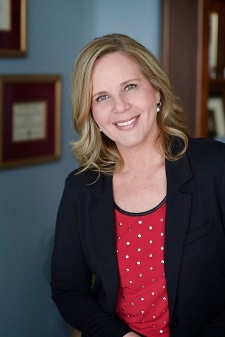 In the 1980s and 1990s, when Marla Silliman was starting out in her career, there were not a lot of women in healthcare senior leadership outside of nursing. Although there have been improvements, the industry as a whole has a ways to go at the highest levels, she says.

“In terms of women in leadership, we’ve all seen the statistics,” says Silliman, now the Senior Executive Officer overseeing operations for the largest hospital within the Florida Hospital system. “I think it is going to grow – but I don’t think it’s going to happen overnight. I think it’s going to take two full generations.”

“It’s a wonderful organization to work in,” she says. “We have an intentional strategy to build more diversity. When I started here 14 years ago, I was typically only one of a few women in a boardroom. Today, you see a growing number of women in leadership.”

For her part, Silliman believes that women leaders need to mentor each other more, and she says she is committed to doing just that.

“I’m a young, healthy 54,” she says. “I bike and participate in half-marathons and, theoretically, I have a dozen years ahead of me in the workforce. But I don’t see a lot of older female mentors that I can turn to – there just aren’t that many. So, my hope is that we will be the generation that will truly be there for the generation behind us.”

Balancing many aspects of work and family is usually part of the package for women leaders, Silliman says, and she thinks aspiring leaders need to be aware of that.

“You can have a balance,” she says. “You just have to define your own sense of balance. Women are relational by nature so you have to do a constant check with those important to you in life to make sure you are not leaving them behind. When you get to an executive level, it’s hard work and many long hours. I personally love it. But it’s not easy, and it comes down to personal choices – what else do you have going on in your life? Only you can answer that. And you have to answer that question daily.”

Silliman rose from a registered nurse to administrative roles overseeing areas like surgical services and ambulatory services. Then she moved into the business side of healthcare consulting and senior leadership in children’s hospitals. She had stops in New York, Boston, California, Chicago and Dallas, including a three-year role as a national healthcare consultant.

Not too long after arriving in Orlando 14 years ago, she was given the task of leading the team to create a children’s hospital. She also led the team strategically that created the only women’s hospital within Florida Hospital’s parent organization, Adventist Health System. Florida Hospital for Women opened in 2016 and, in the last few months, Silliman was tasked with overseeing the Orlando tertiary campus operations. She also leads Women and Children’s clinical networks across Florida Hospital regions in Florida.

The children’s hospital attracted funding and design assistance from Walt Disney Co., the culmination of a longtime working relationship between executives of the two companies. The tertiary campus, in fact, is called the Walt Disney Pavilion at Florida Hospital for Children.
Florida Hospital for Children also has affiliated with the Johns Hopkins Pediatric Heart Surgery Program, something that Silliman worked on for many years and hopes is a role model for Children’s hospitals’ partnerships.

“This was my third heart program that I’ve worked on in my career with children’s hospitals,” she says.

She had to shelve an initial attempt to launch a pediatric heart program at Florida Hospital 13 years ago because she didn’t think the hospital was ready. But after building the Children’s hospital and strengthening relationships with the surgeons from Johns Hopkins All Children’s Hospital in Tampa, who would drive up every Friday to do clinic in Orlando, Silliman believes the hospital found a good match for affiliation.

The Orlando women’s hospital, Florida Hospital for Women, opened a year ago and 10 of the 12 floors built out are already at capacity. The day after this conversation, Silliman was poised to cut the ribbon to open a new neonatal intensive care unit (NICU) at the Women’s hospital. It will open at close to full capacity, and Silliman and her team are working hard to open other Neonatal Units within the Florida Hospital network to ease the space crunch.

“It just feels like no matter what kind of strategies we put in place, the growth in neonatal comes,” she says.

The Walt Disney Co. doesn’t run hospitals. But as an outgrowth of their partnership with the leaders of the entertainment conglomerate, Marla Silliman and other executives got to thinking: What would Disney do differently than the healthcare industry?

As a result of partnering with the Disney Institute, Silliman and her team took a different approach to creating a children’s hospital, down to how the hospital is still staffed today.

“We took the best of how they ‘onboard’ and ‘round’ on their staff,” Silliman says. “We learned about how to interview for culture and onboard everyone to expected behaviors that exemplify our mission, including all physicians and leadership. Eight years later, we have onboarded over 6,000 employees and still use their onboarding process every other month and I am there for every one of them. We believe it’s one of the secret sauces to getting people up to date and onboarded to your culture.”

Disney, and other leading companies like Philips, also helped with design of the hospital, creating ambient lighting in each room and allowing the child patient to have choice with the color and mood of their room by flicking a switch and playing with a touch pad. Other hands-on elements await children in the Walt Disney Pavilion lobby area. But the follow-through doesn’t end there.

“One of the phrases that we learned from Disney,” adds Silliman, “is that ‘It’s not magical, it’s methodical.’ ”

That is particularly true when engaging with the public. So, Florida Hospital for Children employees:

Has it worked? The hospital’s patient experience scores have been in the top decile or quartile fairly consistently in their emergency room, outpatient center and in-patient units over the years. Their employee engagement scores and physician satisfaction scores are also in the top quartile. And the Children’s Hospital has experienced consistent growth annually for the past eight years, in the midst of fierce competition.

Says Silliman: “Learning from the best has been exhilarating. Combining those learnings with our own company mission has given this all Purpose.”