The RLJ-Rooney Rule: Will it fly in healthcare? 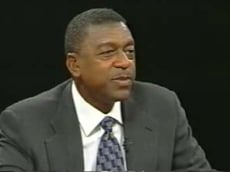 The buzz emanating from the 26th annual National Association of Health Services Executives education conference surrounded someone who wasn’t even there.

Robert L. Johnson, the African-American billionaire who founded the BET television network, is calling on U.S. companies to follow in the footsteps of pro football’s so-called Rooney Rule, which requires NFL teams to interview African-Americans for head coaching openings.

Johnson wants companies to interview two African-Americans for executive openings at the VP level and higher.

NAHSE is a non-profit association of African-American healthcare executives that promotes the advancement and development of diverse healthcare leaders, as well as improving the quality of care for underserved communities.

At Furst Group, we’ve long been champions for greater diversity in healthcare through cultivating a network that yields access and relationships with ethnically diverse talent. We also promote that through our sponsorship of the Top 25 Minority Executives awards for Modern Healthcare and by providing educational opportunities for career advancement to current and future healthcare leaders. As you can imagine, we’ve also seen companies sometimes approach diversity the wrong way. Some organizations pay lip service to diversity but do little about it.

Leaders and boards must be willing to look beyond a candidate’s ability to line up with a job description and start assessing candidates based upon professional competence and future potential. Yes, there are some innate risks in that for a leader, but taking risks is part of what leadership is all about.

Furst Group principal Deanna Banks, who was a featured speaker at the NAHSE conference, agrees with Johnson’s comments, but notes, “It’s only a start.”

“First of all, the rule needs to apply to all ethnic minorities, not just African-Americans,” she says. “Secondly, for a diversity strategy to be successful, it must have metrics that are linked to leadership’s performance incentives.”

Lastly, ethnically diverse executives themselves should look at the healthcare industry more strategically. “There is a dearth of experienced, diverse executives in areas like finance, IT, compliance and clinical leadership,” Banks adds. “Candidates who can specialize will have a greater opportunity for advancement given the industry’s evolving needs in this post-healthcare reform era and given the significant influence of technology.”

What do you think of Johnson’s comments? Let’s continue the conversation.