Nancy Schlichting of Henry Ford reflects on the journey to quality 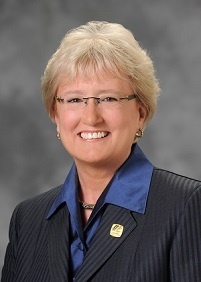 The journey to winning the Malcolm Baldrige National Quality Award was just as important as the final destination for CEO Nancy Schlichting and the Henry Ford Health System.

The honor, bestowed by the office of the President of the United States, goes to a limited number of organizations each year for quality and innovation. Yet Schlichting suggested it as a goal to her team a full seven years before the system won the award in 2011. In fact, Ford didn’t merit a site visit from the Baldrige investigators until the year it won.

“I started bringing the Baldrige application process to our team because I wanted us to get better as an organization focusing on the important things,” says Schlichting. “The framework helps you to be a strong organization, and it forces you to become more integrated.”

Yet midway through those years, she and the organization had some doubts.

“At the same time we were going through the Baldrige process, the U.S. had its economic collapse. It was a very challenging period,” Schlichting remembers. “There were moments along the way where I think my team thought we should take a year off, but I said no because it really was more about the journey than the award.”

As the system persevered, Schlichting says she took another look at how Ford was presenting its story to Baldrige.

“I remember talking to Bob Riney (Ford’s president and chief operating officer) and said, ‘I don’t think we’re telling our story right. I don’t think people understand us. We have to include the fact that we’re in Detroit. We’re a unique safety-net organization, yet we have all these expanding suburban markets. We work differently than a lot of organizations.’ ”


So the application was revised. The Baldrige team was interested, and sent its team out to take a look. An exhaustive look. In all, the examiners interviewed more than 1,200 Henry Ford employees. Though Schlichting’s leadership team had put together a booklet of talking points for employees, it was pretty obvious that no amount of coaching could make an army of workers fall into step with the depth of the Baldrige visit.

“You can’t fake it. You can’t plan for it. That was pretty obvious,” Schlichting notes with a chuckle. “What must have come through is that we have an amazing culture and a commitment to excellence.”

The last couple years have brought challenges to Henry Ford as well. A planned merger with Beaumont Health System fell through earlier this year when Ford backed away after a lengthy investment of time, manpower and money.

“The merger was very challenging, but at the end of the day, we knew we were not aligned around culture and our values and visions of healthcare,” she says. “We had 600 people, including 10 members of our board, all working on this for a year. That was tough; I felt very responsible. But it did re-energize all of us because we realized, perhaps even more than we did before, who we are, what we stand for, and what we want to accomplish.”

Along with its standard of quality, Henry Ford also has gained a reputation for doing the unexpected. In Schlichting’s tenure, for example, the system has closed three hospitals over a 10-year period, yet doubled in size. As a math equation, that doesn’t make a lot of sense, but Ford made it work.

“We had some small hospitals that, frankly, could not get to the scale where they could be profitable,” Schlichting says. “They didn’t have the clinical strengths to compete in a very difficult marketplace. When you have hospitals that are lagging, they drag down the rest of the organization. The truth is, doing a lot of things doesn’t mean you’re doing the right things.”

During the same period in which the closures occurred, the system’s flagship hospital grew by 30 percent in volume in Detroit (a city that shed 30 percent of its population over the same time period) and became a destination hospital for patients worldwide, especially in cancer treatment and robotic surgery. It acquired Macomb Hospital and opened West Bloomfield Hospital. It doubled the size of its community care division and grew its ambulatory network from 23 to 30 sites.

But beyond numbers, Schlichting is proud of the way that Henry Ford treated the people affected by the closures in the Detroit region that has endured many economic setbacks.

“When we closed the hospitals, we did a better job of it each time, especially around the people. We found jobs for almost every one of those people within our system, because I did not want to lay people off at a time when unemployment in this market was over 10 percent. A lot of our employees were the sole breadwinners because their spouses had lost their jobs. The last thing we needed to do was to make their lives even more difficult.”

Schlichting credits her own long-term success to having good mentors. In fact, she was promoted to her first COO position when she was just 28. She’s not sure that today’s millennials could get such an opportunity in today’s market.
“Unfortunately, too many baby boomers are hanging on too long today,” she says. “It was a different time when I was coming up through the ranks. And while there certainly were a lot of older people in jobs, I think there was a greater openness to younger people.”

Schlichting has written forcefully about the need to provide more chances to young healthcare executives.

“I hear a lot of complaining from my generation about millennials, and I keep saying to them, ‘You’ve got to be kidding me! These people are fantastic,’ ” she says. “They are more community-minded, they are more interested in the urban core, they embrace diversity, they connect better with people easily and seamlessly even if it’s through different technology.”

She sees similar obstacles for women executives. Her work at Henry Ford has earned her many awards, including Modern Healthcare’s Top 25 Women in Healthcare and 100 Most Influential People in Healthcare, but she is impatient for gender equity to become more of a reality.

“I’m still disappointed in our industry,” Schlichting says. “There are a lot more women working in our health systems, but not very many women leading them. One thing I’ve tried to do is help young people and women understand what it takes to succeed. I don’t sugarcoat it.

“I was raised by a mom who said, ‘I don’t care what other people do; I care what you do.’ So if somebody else was getting a break that I wasn’t, I tried to focus on myself and not worry about everyone else’s career.”