With King vs. Burwell decided, bold leadership becomes a mandate for healthcare delivery and financing

The King vs. Burwell decision once again had healthcare leaders, both payers and providers, holding their collective breath to see if years of work would be undone. Now that the Supreme Court has weighed in, by a surprising 6-3 margin, to uphold the ACA and its subsidies, there still remains a lot of work to do. So the question for the healthcare industry is, how can CEOs and boards best demonstrate leadership to their organizations and their communities going forward?

Regardless of where one falls in the political debate, this decision was anxiously anticipated by all. Our industry has had more than its share of uncertainty over the years and having this decision behind us will allow for the great work that organizations have done thus far to continue. Without a doubt, patients and families are seeking access to quality care at an affordable cost, all wrapped in a package of transparency. Significant strides have been taken toward this goal but the threat of constant change and disruption of the payment system doesn’t allow an organization to focus or to plan too far ahead.

However, we have seen some leaders be very bold and stake their future on this continuing trend. They have been very proactive in creating services and pricing schemes that are consumer-oriented. Their vision has allowed for open discussions with others about potential partnerships and collaborative models. These are trends that need to continue.

These are times of uncertainty, to be sure. Bold leadership, however, seizes on this as opportunity. Teams that come together to think about what can be realized serve their organizations and constituents far better than teams that focus on market protection and guarding the status quo. The latter often find themselves holding on to a model that quickly becomes outdated and stagnant.

Patients want and deserve excellent care in a system that is far less complicated than what we have had in the past. May the evolution (or rather, the revolution) of healthcare continue and bring our delivery and financing system to a level that was only dreamed about not too long ago. 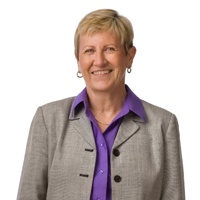