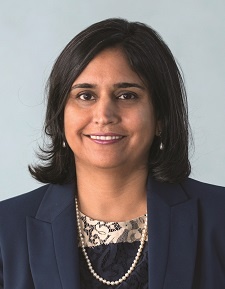 The merger of the Institute for Healthcare Improvement and the National Patient Safety Foundation is now official, and Tejal Gandhi, who led the NPSF, couldn’t be happier.

“The reason for the merger was really based on mission,” she says. “IHI had been wanting to strengthen its efforts in patient safety, and that was part of its new strategy that it had been thinking about. And we on the NPSF side felt we had been doing some meaningful work in safety, but we’re small and wanted to expand our reach. It was a perfect union.”

In the new structure, Gandhi, a frequent honoree as one of the top leaders in healthcare, moves to a new role as chief clinical and safety officer for IHI. “I’ll be overseeing all of the safety efforts and, more broadly, getting engaged on some of the IHI’s other efforts across the spectrum of quality.”

The patient-safety movement includes dozens of groups, with many different approaches and agendas. As a result, sometimes the approach and effectiveness can be fragmented. Gandhi says she hopes the merger, which combined two respected entities, can help focus future work.

“We want to be a single unified voice,” she says.

The NPSF released a major report in December 2015 called Free From Harm: Accelerating Patient Safety Improvement Fifteen Years After To Err Is Human, which outlines eight steps that the healthcare industry can take to significantly reduce mistakes and injuries in the healthcare setting. IHI’s muscle will allow for a broader discussion of the themes in that report. In addition, in conjunction with the American College of Healthcare Executives, IHI/NPSF recently released an executive “blueprint” to help healthcare leaders implement real, not theoretical, steps to reduce safety events under their watch.

“We think culture is driven through leadership,” Gandhi says. “The C-suite needs to take ownership and drive this culture of safety. We’ve been saying this for 15 years but haven’t necessarily given the C-suite the real tools to do it.”

The blueprint is designed to help change that. “If you look at data around the safety culture, we have a lot of room for improvement,” she says.

“There’s still about 40 percent of people who answer surveys who say they are worried about punishment if they speak up about an issue.”
A wide range of CEOs, safety officers and researchers convened to decide what would go into the blueprint.

“We’re very excited about the work,” she says. “It includes practical strategies and tactics for organizations to drive toward a culture of safety. And then, with the partnership of ACHE to help disseminate it, we have a lot of follow-up education planned.”

Gandhi also is taking her knowledge to the board room, knowing that directors can set the tone for healthcare organizations. Last October, she was asked to join the board at Aurora Health Care, a major Wisconsin health system.

“They wanted a physician, and they wanted someone who very much understood quality and safety,” Gandhi says. “I think Aurora has a great track record already in quality and safety, and they were enthusiastic about taking it to the next level. Given my new role at IHI, the opportunity to bring new ideas will be really exciting.”

Some of Gandhi’s ideas, thankfully, are catching on in patient safety, like looking at patient care in all settings, not just the hospital.

“When I started out in patient safety, my research area of interest was patient safety in the ambulatory setting,” she says. “We have constantly been pushing the fact that we need to think about safety across the entire care continuum. I think we’re finally seeing a shift now. People understand that it’s not just a hospital issue.”

IHI/NPSF currently has a grant from the Moore Foundation to conduct research on patient safety in the home, and Gandhi lists other areas that need scrutiny as well, from primary care to ambulatory surgery to dialysis centers.

Behind all these activities stands the need for transparency, which Gandhi has called a paramount attribute in a culture of safety.

Yet with all the progress, Gandhi remains wary about errors on another front – electronic health records.

“I’m a firm believer that EHRs can provide safety benefits through things like decision support and data accessibility,” she says. “We’ve seen many studies on the benefits of EHRs for quality and safety. But the flip side is that a lot of those studies were done in places that had customized, home-grown EHR systems developed with the end-user in mind. Most EHR systems aren’t like that. And we’ve seen examples of these systems actually creating unintended consequences or new errors.”

Gandhi says the IHI-NPSF merger is important because safety remains a bedrock issue that the healthcare industry has not fully come to terms with.

“I have spoken to many clinicians who say they would never let a loved one stay in a hospital without them present at all times,” says Gandhi, herself an MD. “But it’s unrealistic to think that’s a solution. Not everyone has a clinician in the family, and even those who do cannot avoid risks entirely. We need to improve safety for all patients in all settings at all times.”

SIDEBAR: Eight recommendations on safety from ‘Free From Harm’