Foresight is the key to David Lopez's leadership 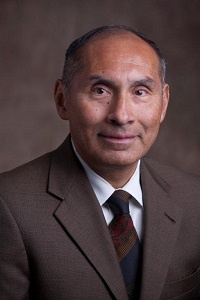 Over the last several years, as many hospitals and health systems across the country were building patient towers for their acute-care needs, David Lopez, the outgoing CEO of Harris Health System in Houston, was quietly shifting his organization in anticipation of some of the changes that the Affordable Care Act has brought.

He didn’t expect more revenues from inpatient services; he worked to build a strong wellness program and to ramp up primary care heavily. There’s a reason for that.

“If you look at our statistics, 64 percent of our patients have no insurance,” he says. “For us, more volume on the acute-care side means we spend more money. For us, it’s not about generating more revenue. It’s about managing our costs.”

Harris provides 35,000 admissions every year, but Lopez notes that outpatient visits have reached 1.4 million annually, with an additional increase of 300,000 expected in the next 18 months.

“If the patient can be taken care of in a primary-care setting or another setting, the best way to lower your cost overall is to avoid the admission,” he says. “You’re better off doing that than looking at the patient as a potential revenue opportunity.”


Lopez has been in hospital work his entire adult life and served as CEO at Harris for 10 years. He notes that healthcare has become “a lot more political” than it was in the past. “When you mix politics and healthcare and money, it makes for an interesting relationship between all three of those components,” he says. “There’s a very direct relationship between what we are able to do based on the money that’s available.”

As the leader of one of the largest public health systems in the country, Lopez was used to having to deal with funding that wasn’t always available, as well as the transparency and scrutiny that comes with public governance. A couple years ago, Harris County took a penny from the hospital district’s tax rate to cover some of their expenses. The health system hasn’t gotten that penny back and, with the district’s population growing by 100,000 people a year (“the unincorporated areas have a population larger than the city of Philadelphia,” Lopez notes), it’s a struggle to have a break-even budget.

Despite the challenges, Lopez’s respected work earned him an award as one of Modern Healthcare’s Top 25 Minority Executives of the Year for 2014. John Guest, his predecessor at Harris, noted that Lopez “has the patience of Job,” a quality that was needed as Lopez and his staff worked to revamp the system so it would be less impacted by uninsured patients.

“Once you’ve established what you need to get accomplished, you’ve got to keep after it,” Lopez says. “You don’t let little things deter you. Maybe the outcome is not happening at the speed you wanted, but if your focus is right, you stay with it.”

In Lopez’s case, the focus was lessening the pressure on the emergency department by transforming the safety-net system into one more reliant on primary-care clinics.

“We want to be healthcare providers, not sick-care providers,” Lopez says. “We’ve designated all of our clinics as medical homes; they’ve all received certification. So now we’re trying to get our community members to understand that this is your doctor, and we need your help to address your health needs.”

Wellness is part of that strategy and something Lopez takes seriously. He’s been a runner for 40 years, and last year Harris ranked first among Houston’s largest employers for its wellness program. He says that, ultimately, Harris’ patients will need to do their part too.

“We’re trying to be inclusive with our patients,” he says. “It can’t just be something that we do for them. We need a partnership with them where they participate in the process and buy in to the concepts and approaches.”
Such an approach, of course, requires foresight and patience. Lopez has plenty of both.