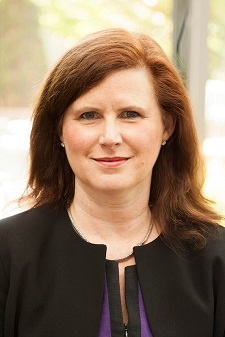 Katherine Schneider, MD, the president and CEO of the Delaware Valley ACO in the Philadelphia region—an accountable care organization owned by Main Line Health and Jefferson Health—has long been ahead of the game in whatever pursuit she has chosen.

She was part of the first group of U.S. physicians to earn subspecialty certification in clinical informatics. She led the implementation of value-based payment models at Middlesex Health System in central Connecticut, long before “value-based” was a common adjective in the healthcare lexicon. She was the senior vice president of health engagement at AtlantiCare, leading its pioneering move to accountable care and co-designing a value-based insurance benefit for 10,000 employees. She also served as executive vice president and chief medical officer for Medecision, which provided population health technology for health systems and health insurers.

That’s a lot of trailblazing but, to Schneider, it’s just a steady progression along the path of transforming care.

“Whether you call it community benefits, clinical integration, population health or accountable care, this concept of a health system being responsible for more than just transactional care is really what this is all about.”

Major achievements started early for Schneider, who skipped from sixth to ninth grade as an adolescent, ending up in college at 15 and in medical school four years later.

“When I was 11, we moved from New York City to Austria due to my father’s work,” she says. “I went from a very good private school in Manhattan to a very small, hands-on international school.

“I had the threat of ending up at an Austrian convent school hanging over me,” she jokes, “so I did really well.”

Though she was much younger than her medical-school classmates, she can’t resist some more self-deprecation.

“Yes, I was 19 when I went to medical school, but I made up for it because I spent nine years in medical and graduate school,” she says of the combination MD-PhD program she enrolled in. “To make a long story short, I became much more interested in public health and policy. So, I actually switched into the epidemiology program at Columbia University.”

She also chose family medicine, not one of the higher-paying specialties.

“Family medicine seemed to me a great fit for someone interested in population health and policy,” Schneider says. “It’s womb to tomb, broad clinical experience.”

That made giving up the practice of medicine difficult when she eventually had the opportunity to potentially impact more lives in a different kind of role. Not that she doesn’t have some regrets about not seeing patients anymore.

“I do miss it,” she admits. “But there are a lot of really good doctors out there. I was a good doctor too, but I have a skill set that not a lot of people have, which is a combination of the population-health aspects and the clinical experience. I’m seeing opportunities to transform the healthcare system to improve population health outcomes. That’s been my career niche since the day I finished my residency training.”

Schneider finds her role leading one of the nation’s leading ACOs to be inspiring, but also challenging at times.

“I was recently at a fireside chat featuring Michael Dowling, the CEO of Northwell Health, and he said that, to be in healthcare, you have to be an optimist but you almost have to be chronically unhappy with the status quo.”

Schneider says she wouldn’t describe herself as an optimist, but says she “is pretty resilient and determined,” traits she learned from her mother who fought—and beat—tuberculosis as a young woman. “What I learned from my mom is the power of perseverance against the odds.”

The perseverance these days comes from battling that persistent status quo—part of the marching orders for an ACO—where so many factions in healthcare have lobbyists to protect their interests, even when change can streamline care or bring about better outcomes.

“What one person calls waste is someone else’s lunch,” she says. “If you’re going to get waste out of the system—even through innovation—that’s still taking money away from someone and they’re going to fight it tooth and nail. We’re not going to solve this problem unless we’re willing to admit that and take it on.”

Schneider, for one, is ready to wade into the fray.

“I truly believe that we can do better and that most of us want to do better to serve our community and our country.”

SIDEBAR: In a sea of data, the power of stories

Katherine Schneider is a national leader in clinical informatics, but she’s a big believer in the power of stories. That’s why she and her team at Delaware Valley ACO open their meetings with a value-based story of impacting the life of a patient or a provider.

“You can talk all you want about care management and Triple Aim but, ultimately, if you can tell the story of how you’ve changed a patient’s life or a physician’s practice, people get it,” she says.

One example: A 92-year-old woman has been to the emergency room numerous times because she can’t get out of her bathtub. She calls her friends from the tub, who call 911. Over and over. Delaware Valley steps in and, within 24 hours, has connected her to free services in her community that come in and install grab bars and railings and retrofit her home. She doesn’t need to call for help anymore.

“Not everything we do is that simple,” Schneider cautions. “We also work with some extremely overwhelming, complex patients and make some small wins for them. A win is not like a cell in a spreadsheet. It’s not a graph on a PowerPoint. It’s really in the stories.”