IBM Watson Health's Deborah DiSanzo knew her company could change patients' lives. She didn't know hers would be one of them. 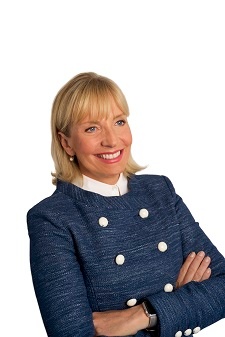 Deborah DiSanzo knew that IBM Watson Health was a strong company with a superior product, but she didn’t know it would personally transform her life.

DiSanzo, the company’s general manager, had a routine mammogram screening. A follow-up biopsy determined that a tumor was cancerous. Thus began the process of going from oncologist to surgeon and back again. In the course of that time, three different physicians prescribed three very different courses of treatment. IBM Watson Health has a relationship with Best Doctors, a second opinion service that uses Watson for Oncology, which was trained by experts at Memorial Sloan Kettering. Deborah was given three options for treatment and Best Doctors used Watson for a second opinion. Watson recommended one over the others, and today DiSanzo is cancer-free.

“I talk to oncologists every day in my work, but I was blown away that there was this much variability in my own care,” DiSanzo says. “You think if you go to three oncologists at the same academic medical center that you are going to get the same recommendation for treatment – you are not. But the oncologists at Memorial Sloan Kettering took the time to train Watson on what their best practices are. And that gave me peace of mind.”

She is hopeful that Watson Oncology can help many more patients.

“On average, first-time cancer treatments work about 30 percent of the time. We can help. Watson’s Oncology solutions will absolutely reduce the variability in cancer care. It can point doctors to medicine or treatments that they might not have read about, or a clinical trial they might not know about. It makes a difference.”

Making a difference is the reason she is involved in healthcare, DiSanzo says. As someone who has worked at the intersection of healthcare and technology since 1988, she has experienced her share of ups and downs. One down that turned into an up was when she worked for Heartstream, a defibrillator company. “The founder of Heartstream used to tell me, ‘Deborah, just focus on saving lives, and the money will come.’ I confess that I only half-heartedly believed him.”

Heartstream’s defibrillator weighed four pounds, compared to the industry standard of 18 pounds, and other manufacturers derided Heartstream’s device as too small and defective. Their market share was tiny. But then Delta Airlines agreed to a trial run in May 1999. Delta put 30 defibrillators on 30 planes and trained 30 flight attendants on its use. On the flight home from the training, an attendant went into cardiac arrest. A fellow flight attendant and a couple medical professionals who were on the plane used the defibrillator and it saved her life.

“This woman was 39 years old and had a 2-year-old and a 1-year-old daughter,” DiSanzo remembers. “She was a runner and a vegetarian. She wasn’t like a typical cardiac-arrest victim.”

Four months later, DiSanzo was testifying before Congress about the need for defibrillators in airports and on planes. A woman approached her and the flight attendant who was saved introduced herself and said, “I was dead and now I’m alive. Thanks to what you do, I get to hug my daughters and smell the flowers in my garden.”

Recalling those words today, DiSanzo simply says, “I will never forget that.”

And the words of Heartstream’s founder, about “save lives, and the money will come”? After the flight attendant’s life was saved, Delta put the defibrillator on all their planes. The other airlines soon followed suit, and Heartstream earned 70 percent of the business.

Not all of her experiences have turned out that way – and DiSanzo says that has made her a better leader.

“The difference between a mediocre leader and a great leader is somebody who can manage through difficult times. I could list 100 difficult times that have made me the leader that I am,” she says with a laugh. “But that’s where you learn the most.”

She also learned leadership lessons from her parents. Her father was an insurance salesman who belonged to a union, as odd as that sounds. “They went on strike, and we needed money, so my father went out and drove a cab. That stuck with me. It showed me you’re never too good to do anything.”
From her mother, she learned reinvention. At 55, DiSanzo’s mom was laid off from her accounting job. Rather than retiring, she followed her passion and went back to school to study interior design before going to work for a prominent designer in Boston. “From her, I learned: Don’t give up. Keep going. Push through the difficult times.”

Pushing through is easier when you remember your work truly makes a difference. That’s the lesson she learned from Bill Hewlett, the co-founder of Hewlett-Packard, where she worked in the ‘90s as Silicon Valley emerged.

"He kept going. He said, ‘I asked you what you are doing.’ I got really mad and I blurted out, ‘We’re saving lives.’ He said, ‘Very good. Carry on. Carry on.’ And he got up and walked away. I learned that what really matters is how all that technology makes a difference in people’s lives.”

SIDEBAR: In leadership, don’t look at the barriers

When Deborah DiSanzo’s daughter Emelie was a young child, she asked to take martial arts, inspired by the Disney movie “Mulan.” But when she was about to face a panel of masters to earn her green belt, she started to cry. DiSanzo placated her by agreeing to join her in the lessons. Thus, DiSanzo found herself screaming and ducking from the kick of a black-belt instructor at her first lesson.

But the lessons continued, and DiSanzo and her daughter are now both third-degree black belts. The founder of the school told DiSanzo it would change her thinking. She scoffed, but now finds it to be true.

“It’s obviously metaphorical, but it does help me in business,” she says. “There are times you block defensively, but don’t punch. I also have learned to maneuver. Many times, people look at the barriers that are in front of them. My practice of Tang Soo Do has helped me look at the openings between the barriers. So, if I want to get from here to somewhere down the road, rather than looking at the barriers, I’m looking at the spots in between the barriers. That’s exactly what you do when you’re practicing martial arts. It has helped me tremendously.”

There’s just one drawback. Emelie earned her third-degree belt before DiSanzo—Mom broke her elbow and had to retake the test later. “That means Emelie is senior to me,” DiSanzo explains, “so I have to bow to her. Which she loves.”