As Chief Administrative Officer Shirley Weis prepares to retire, her fingerprints are all over Mayo Clinic's success 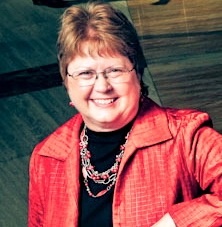 It’s a busy time at Mayo Clinic. Plans for the new Destination Medical Center are in full swing. New affiliates are being added to the Mayo Clinic Care Network. A new partnership with Optum Labs is taking the venerable institution into the realm of big data. So why would Chief Administrative Officer Shirley Weis decide to retire now?

Because, she says simply, that’s been the plan all along.

“One of the hallmarks of Mayo is excellent succession planning,” she says. “We’ve put even more attention into it in recent years, making sure that we have a good stable of folks ready from all different backgrounds of diversity and talents.”

And, for those keeping score at home, she says, you’ll notice a pattern to their planning. Weis was named to the No. 2 role at Mayo about halfway through the tenure of then-CEO Denis Cortese, MD. Weis is leaving four years after John Noseworthy, MD, succeeded Cortese. Mayo’s initiative of staggering C-suite entrances and exits keeps disruption to a minimum.

“People don’t understand that Mayo has a term-limit process for these top jobs,” Weis says. “Usually, you’re in these roles for about six to eight years as CEO, CAO or department chair. It’s one of the ways we keep ideas fresh. In some settings, you’ll see people who are named to a role and they’re in it for 30 years. That may work for some organizations but I think that after six or seven years, you’ve done what you came to do.”

Among the tasks that Weis says she is gratified to have accomplished since she stepped into the CAO role seven years ago is changing the structure of the company.

“I have really felt proud of the fact that we were able to get our governance in good shape,” she says. “We went from being a holding company to an integrated operating company. Most of the things I wanted to get underway are now, in fact, underway and are in good hands.”

One of those key ventures is the Mayo Clinic Care Network, in which health systems and physician groups affiliate with Mayo, extending the clinic’s reach beyond its bases of the upper Midwest, Arizona and Florida to the rest of the country. The idea had been created during Dr. Cortese’s tenure but truly came into being about two and a half years ago under Dr. Noseworthy’s leadership, Weis says.


“We have built a very successful Mayo Clinic Health System in the upper Midwest but we understood that merger and acquisition was probably not the best course for us,” she says. “We came up with the idea to start building a network, but we also found more and more hospitals and physician practices approaching us – they wanted to be affiliated.”
Mayo is up to 18 affiliate agreements but Weis sees a limit to the system’s capacity.

“We do guard our brand jealously. It’s one of the most trusted names in healthcare and part of the promise we have to our patients,” she says. What helps, she adds, is that “the patients are very savvy and sophisticated. They understand that these groups are not Mayo Clinic – they simply have a connection to Mayo Clinic.”

Mayo staff are consulting via phone and doing some cases together electronically. “We think it’s going to be a real model for the patients’ network of care,” Weis says. “Eventually, there may be some insurance products that go on top of the network.”

The blurring of lines between providers and payers is accelerating in the healthcare industry, and Weis has been a key person to lead that charge at Mayo. She was the chief operating officer at Blue Care Network of Michigan, a large HMO, before coming to Minnesota.

”I feel blessed that I had 10 years of actual care delivery with my emergency-room background, and that I followed that with 10 years in the payer industry,” Weis says. “I wouldn’t trade that for anything. I think it’s helped the organization and, frankly, it is probably why I was selected for this job seven years ago.”

Weis says both providers and payers need to focus on what’s best for the patient – and both need to collaborate more.

No matter what happens with healthcare reform, Weis adds, “there’s no more money, so it makes it more incumbent on all of us to figure out how we’re going to meet those patients’ needs and how we can engage the patients better.”

Working with fewer dollars is something Weis experienced a few years ago during the recession when she put in place an administrative shared services program and an enterprise project management office, while also implementing cutting-edge tools for financing and reimbursement. All those things, and a few more, helped Mayo weather the recession without layoffs, though some employees shifted jobs and some changes were made to benefit packages and retirement plans.

Weis had originally come to Mayo in 1995 to lead the Clinic’s managed care division. She resisted the overtures from a recruiter for a time, but finally agreed to a visit.

“I already had a career path, thank you very much,” she says. “But I came to Rochester and started to meet folks, and I was struck by how patient-centered the organization was.”

As she got to know Al Schilmoeller, who was her first boss, she noted that one of his daughters was a pilot and another worked for the Department of Natural Resources. That convinced her that here was a man who knew how to support women in their varied career aspirations. She remembers that, she says, as she mentors early- and mid-career women and men.

“For women or men, for anyone to make it to the next level in your career, you have to be willing to take some risks,” she says.

But she notes that young executives who only know the sound-bite version of Sheryl Sandberg’s “Lean In” best-seller do need to consider work-life balance.

“I would not be where I am today if I didn’t have a supportive husband. Period. I see many people who want to have that balance, and the one thing I know for a fact is that you can’t always have it all. You can have it all in stages. But I do think that as long as women are in a traditional caregiver, chief household operating officer role, it’s tough to balance that.

“So, particularly with families with young children, I always encourage them to put those kids first because they’re only there for a few years. And then your career is still there.”

Weis came of age at a time when she often was the only woman on the leadership team, and she says progress has been made in gender equity – progress, but not equality.

“I’m a tennis player, and I think of the days of Billie Jean King when Virginia Slims was a sponsor with their slogan, ‘You’ve come a long way, baby.’

“We have come a long way. But I don’t think we’re there yet.”