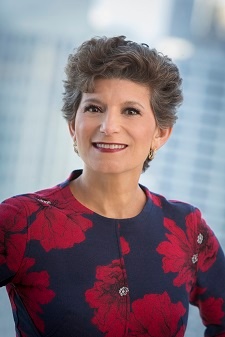 If a Fortune 50 company needed a turnaround artist, few CEOs would be in as much demand as Ventas Inc.’s Debra Cafaro.

Her early days at Ventas, when she was asked in 1999 to take over what was then a floundering healthcare real estate investment trust, were bleak beyond embellishment.

The stock market halted trading of Ventas’ stock. The actions of management prior to Cafaro’s arrival became the subject of a government investigation for Medicare fraud. Ventas’ sole tenant, Vencor, filed for bankruptcy. The banks and the distressed-debt investors were trying to play both sides of the house and get paid back at the expense of the equity investors. To add insult to injury, the airlines lost her luggage and her clothing on Day One.

So how did she and Ventas pull off a feat worthy of a Warren Buffett?

“At the end of the day, it was the classic skills of maintaining liquidity, understanding how to negotiate to get some time from our banks and enable them to work with us,” Cafaro says. “We also had to think through a complicated solution for all the parties so that each could give up something but get something in return. Then, we had to get everyone on board with that plan.”

It was hardly a quick fix.

Similarly, her own transition from lawyer to corporate leader was not a simple one, she says.
“It’s very different from law, and the evolution of learning to lead and think organizationally continues for me,” Cafaro says. “When you’re in a law practice, you have a very flat organization and you have a fairly homogenous group of people who are highly educated, highly motivated and highly compensated. In a pyramidical company culture, there is a whole suite of skills that I had never been asked to develop, but which I discovered were necessary for success.”

Those all were rooted in the importance of communication – understanding people, motivating people and recognizing people and their accomplishments often.

“Skepticism is crucial to being a successful lawyer, but in a company, you have to be more affirmative and positive,” she says. “It’s much more like putting together a winning sports team and making the team perform better as a whole than the sum of its parts.” Cafaro knows a thing or two about sports. She recently purchased a minority stake in her hometown Pittsburgh Penguins, just in time to see them win the 2017 Stanley Cup for the second consecutive year.

But her rough beginnings at Ventas have kindled her willingness to talk openly about how women executives don’t face a glass ceiling as much as what she calls a “glass cliff” – being forced to tackle difficult assignments straight out of the box and never getting another chance if they fail. Thankfully, Cafaro has never had to look back. Since 2000, Ventas has delivered 25 percent total shareholder returns; it holds a $35 billion portfolio. Even Vencor, initially its only tenant, emerged from bankruptcy and became the nation’s largest post-acute care company under its new name, Kindred.

“Ventas operates at the exciting intersection of healthcare and real estate, each of which represents nearly 20 percent of our GDP,” Cafaro says. “In both, there are limited numbers of women CEOs even though research repeatedly shows that women-led companies produce better returns and that diverse groups of decision-makers create better outcomes. But I continue to be optimistic.”

Cafaro and her team have worked hard to bring gender diversity into Ventas’ board of directors, which is now 30 percent female. That’s resulted in Ventas being recognized as a “Winning” company on the 2020 Women on Boards Gender Diversity Index and as a Corporate Champion by the Women’s Forum of New York.

“Our organizations and stakeholders are stronger and more effective when we intentionally develop and recruit diverse leaders,” she says. “I have been very fortunate to have been supported throughout my career by many mentors who had different perspectives – and I learned from all of them.”

Cafaro says her earliest mentors were her parents. Her father was a mail carrier who bought and sold coins as a side job to help pay for her education at Notre Dame. Her mother was a homemaker. “My parents – who were first-generation children of immigrant parents – were my role models,” she says. “They made so many sacrifices so my sister and I could have a better life. First, they believed in surrounding yourself with high-quality people who shared your values. Our skilled and long-tenured team at Ventas certainly follows that leadership lesson. The other lessons of leadership they taught me include: always doing my best, working really hard, treating everyone with respect and remembering to smile and show kindness.”

Her team at Ventas represents another key element that helped the company stave off extinction: people committed to a cause.

“When I got to Ventas, the staff was small, and many of them were not really suited for or interested in the challenges that were ahead – that’s not what they had signed up for,” she says. “So, we had to build a world-class team of people who were experts in the areas at issue and were able to work through them and come up with good solutions. It was difficult. It took a huge commitment by a lot of people.”

Oh, there was one other factor in Ventas’ success.

“You need luck too,” Cafaro notes with a laugh. “It always takes a little bit of that, and we got some.”

SIDEBAR: The anatomy of risk

One of Debra Cafaro’s early mentors, lawyer Howard Kirschbaum, says the Ventas CEO’s success is due in part to an innate sense around what risks are worth taking. Cafaro doesn’t disagree.

“Taking risks has been an important part of Ventas’ success,” she notes. “Most people do not understand that, sometimes, the status quo is the riskiest approach. We all get comfortable with the idea that things we’re familiar with have less risk. And that is analytically false.”

For example, individuals sometimes put all their savings into their companies’ 401K accounts, Cafaro says, and think it’s not a risky move because they are very familiar with their employer and the account. “But we know that diversification is better,” she adds.

In the same way, risk helped Ventas grow. When Vencor, Ventas’ sole tenant, emerged from bankruptcy, it was a victory – but it also meant that all of Ventas’ holdings were limited to post-acute assets. Merger and acquisition is intrinsically a risky proposition but, in Ventas’ case, it allowed the company to diversify into four other sectors: private-pay senior living, hospitals, medical and outpatient office buildings and university-based life science innovation centers.

“We’ve done at least 10 successful enterprise acquisitions,” Cafaro notes. “Because of where we started, with one tenant and one asset class, that ability to diversify through merger and acquisition has proven to be a great strength both for growth but also for risk mitigation. And that turns on its head some very conventional thought processes.”