Pam Cipriano: In value-based care, nurses are ready to lead 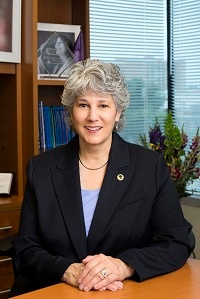 As the healthcare industry begins to shift to value-based care, Pam Cipriano is utterly convinced that nurses are prepared to lead that transformation in many ways.

“I believe nurses are continuing to be the key providers in this transition of care,” says Cipriano, president of the American Nurses Association, which represents the interests of 3.4 million registered nurses. “Nurses have been the owners of care coordination for decades – they have this skill as a core competency. They tend to be the most holistic members of the team regardless of settings.”

Care coordination, says Cipriano, is a linchpin for quality, and the industry is taking notice of the pivotal role nurses can bring to the entire equation.
“That may come under many different names: care coordinator, case manager, outcomes manager,” she notes. “The major insurance companies have already seen the enormous value of having nurses in these roles.”

In every quality-improvement initiative, it is nurses who play a crucial role in determining if that patient experience will succeed or fail, adds Cipriano, who has served on boards and committees for a variety of respected industry organizations, including the Joint Commission and the National Quality Forum.

Cipriano herself has been driving the agenda for the ANA since her election in 2014. Yet she took a non-traditional path to nursing, beginning in a med tech program at a state college in rural Pennsylvania. Dissatisfied, she began looking for a parallel course of study to which she could apply her chemistry and biology courses and ended up at the Hospital of the University of Pennsylvania School of Nursing. She became heavily involved in the National Student Nurses Association and her career took off. She eventually earned a Ph.D. and has served in a variety of leadership and teaching roles for the University of Virginia, including chief clinical officer and chief nursing officer.

Her first year leading the ANA was a whirlwind, including a very visible role as the nation dealt with a number of cases of Ebola.

“What was most important was not only protecting the nurses, but also making sure we played a role in reducing the fear and anxiety of the public,” she says. “There was so much bad information that was being propagated and people were unable to focus on the science in the height of emotion.”

The ANA worked with the AMA, AHA, CDC, HRSA and many nursing associations to provide information and a reasoned response to the situation. Cipriano even did a media tour with Rich Umbdenstock, retiring CEO of the AHA, guesting on numerous morning radio shows across the country to assuage the public’s concerns.

That’s the kind of leadership that many nurses demonstrate, Cipriano shrugs. But she is not sure they receive adequate credit for their executive acumen.

“First and foremost, I believe there is a myth that nurses don’t understand finance, and so I believe there is a bias against placing nurses in positions that would oversee an organization’s financial position and budgets,” she says. “Yet if you think about a typical hospital, over half of the personnel and usually more than half of the budget is under the leadership of the chief nursing officer.”

That’s a lot of responsibility. And so Cipriano admits one of her pet peeves is when chief nursing officers or executives don’t report to the chief executive officer of the organization.

“It is absolutely critical that the chief nursing officer not only report to the highest level executive but also has access to and regular interactions with the governing body of the organization,” she says. “We now have pretty solid data linking outcomes of care and patient satisfaction and engagement scores with direct relationships to not only the nurses but also other employees directly involved in care. So why would you relegate that CNO to a role that is viewed as less important?”

Cipriano says many nurses don’t seek out a CNO role not only because they prefer to manage at the point of care but also because of the politics that can derail a career at that level.

If you get the impression that Cipriano is a fierce advocate for nurses, you’re right. As she continues her term as ANA president through 2016, she’s also helping nurses adjust to possible shifts in the setting of patient care as it moves from primarily hospitals to all sorts of venues, including the home, along the continuum of care. She’s also testified at briefings on Capitol Hill championing the installation of lifting equipment because nurses and so many others are injured trying to lift patients.

“Nurses are fifth in line among occupations for the most musculoskeletal injuries, ahead of many manufacturing jobs. It’s scary,” she says. “The turnover cost for a nurse can be huge --- it can be over $100,000 for an organization.”

Ultimately, she says, she wants to see nurses recognized by consumers and policy makers as intelligent, highly skilled and resourceful healthcare leaders.
“I want nurses at every level to be recognized as individuals who bring a lot of underrepresented knowledge to the conversation.”