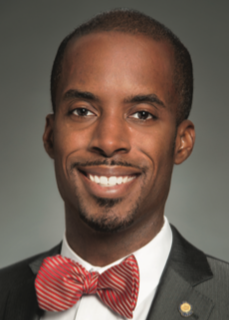 A template for change: Continual transformation is a must for leaders 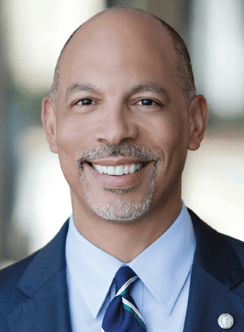 At a recent Modern Healthcare gathering on transformation, Atrium Health CEO Gene Woods gave an impassioned presentation on how health systems need to evolve and reinvent themselves. Yet he also says continual transformation is something he and his leadership team must take to heart themselves.

“In my 27-year career, the field is changing faster than any of us anticipated,” he says in an interview. “Just look at Medical knowledge and how it is now doubling every several months. This is just one small example of why it’s so important for healthcare leaders to be learning, and that’s what my team and I have been doing. It’s probably been more intentional than anything I’ve ever done.”

Thus, among other actions, Woods and his team have created an ongoing series of what he calls “Home and Aways,” where successful and innovative healthcare organizations visit Atrium to share best practices, and Atrium leaders travel to other healthcare companies to do the same.

The exchanges benefit the organizations, but also serve as leadership development exercises for the teams involved. Managing change is high on a CEO’s list these days, and organizational leaders must be painstaking in making sure their teams are aligned. That, in part, has led to a rise in the use of executive team performance training.

How other industries adapt to change

But Woods’ interest in transformation doesn’t stop at the boundaries of the healthcare industry. “Sometimes, we can be insular as a field,” he says, “and not recognize what other fields are doing as they’re adapting to change.”

So, Woods leans on his board chair, Ed Brown, to help him and his senior leaders learn from other industries as well.  Brown put together the financing for the new stadium that is home to NFL’s Carolina Panthers. Brown currently serves as CEO of Hendrick Motors, the most recognized brand in auto racing, and Woods notes that the entire auto industry is going through transformation as well.

“The key thing,” Woods says, “is being more intentional, not just around what’s happening with other health systems throughout the country but looking at what’s happening in other industries and how they have adapted over time.”

Forward thinking is part of what has made Woods, the former chair of the American Hospital Association, one of the most influential CEOs in the country. Even when he took the reins of Atrium two years ago (then known as Carolinas HealthCare System), he left no stone unturned in examining and reinventing a historically successful organization.

“I think the changes we’re making are about how to continue to position ourselves to be successful for the next decade and beyond,” he says. “Standing still is not an option. Standing still is going backwards. And so, we continue this relentless pursuit of excellence. That requires that we continue to make changes. The resiliency in the face of change is something I’ve really been proud of in our team.”

Woods says he expects just as much openness to change in himself as he does in the Atrium team.

“My philosophy is this: No matter how accomplished of a leader you are, no more than 60 percent of your experience will be relevant to your new organization; there’s probably 40 percent that you have to learn and digest. That keeps you a bit humble and keeps you in a listening mode,” he says.

A leader who goes into a new position simply planning to share their vaunted experience “may miss some of the cultural cues,” Woods adds.

For reasons such as these, an increasing number of ...

Tim Frischmon: Leading by influence in a matrixed organization is key for leaders in the payer space

Furst Group principal Tim Frischmon is interviewed in the new issue of Managed Healthcare Executive, commenting on how the rapidly changing healthcare industry has created a huge need for executives to adapt and evolve as well.

In the article by Aine Cryts, "The Changing Face of Healthcare Leadership," Frischmon notes that leaders will need to use their influence to lead in organizations that increasingly have a matrix structure. And those that succeed will be the ones who are able to help their staffs tune out all the speculation about consolidation that has been occurring in the payer space.

"The challenge," he says, "will be to keep employees focused on executing on [their work], despite all the noise going on about the expectations the outside world has about the mergers."

Leaders also will need to pay attention to the convergence that is building between payers and providers, Frischmon notes. And one thing that won't change as a measure of a CEO's success is revenue.