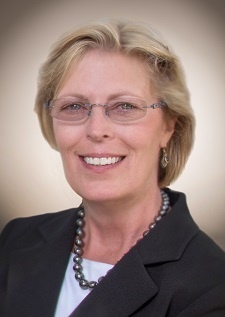 As long as she can remember, Joanne Conroy has been a risk taker.

But the biggest roll of the dice of her career may have come in 2008, when she resigned as a hospital president to become chief healthcare officer for the Association of American Medical Colleges (AAMC).

Three years later, it’s evident the risk paid off – she’s been honored as one of the top influencers in healthcare.

“I love running a hospital, walking the halls at 2 in the morning,” she says of the 700-bed Morristown Memorial Hospital, part of Atlantic Health, where she served. “Every single day, there are great miracles that happen. But I realized that I could only affect care in a very small area, and even then I could be hamstrung by external forces. I could stay there, or I could actually go where I could be part of change on a national level.”

At the AAMC, she leads CEOs, CMOs and others in discussing readiness for reform and other pressing policy issues.

“At our spring meeting, we had 100 deans and 100 CEOs in the same room talking about two big issues – financial sustainability, and quality and patient safety,” she says. “We spent time drilling it down into educational components we could use to achieve those goals. I had one CEO tell me, ‘The deans and I agree on far more than I thought we would.’ ”

But Conroy and the AAMC have not been afraid to tackle controversial issues head-on as well. Last year, the association concluded its work on conflicts of interest by focusing on clinical care in a 46-page study, “In the Interest of Patients.” It had previously addressed conflicts of interest in medical education and research.

“Let’s say a physician has invented a device,” Conroy says. “He or she receives royalties from sales of the device. What’s the infrastructure so that the physician and the academic medical center where the doctor works do not profit when this device is prescribed for patients there? How is that disclosed to patients? The Mayo Clinic, for example, has a strong policy in this area.”

As she considers her honor at being named one of the Top 25 Women in Healthcare, Conroy says one key attribute for up-and-coming female executives is to “lead through influence,” a quality that just about defines her current position. But she also says that being “very skilled at building teams” can be a career catalyst as well.

That’s something she’s done since the birth of her career at the Medical University of South Carolina, where the school recently established the Joanne M. Conroy, M.D. Endowed Chair for Education and Leadership Development. It was and is a testament to a career of firsts – Conroy was the first woman clinical chair, the first female president of the medical staff and the first female president of the state society of anesthesiologists.

When she started as a resident at MUSC, the written anesthesia board exam pass rate was only 50 percent. When Conroy became chief resident, she was determined to make a difference.

“I made my colleagues meet every Sunday for 3 hours to prepare for the written board exams. We had a 100 percent pass rate for written and orals from then on for at least 7 years.”

And the leaders she trained are now running the place.

“That,” Conroy says, “is the only real reward and acknowledgment I need to keep going.