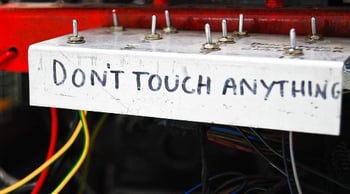 Profiles in Leadership: Top 25 Minority Executives The undercover exec: Wright Lassiter III scoped out his hospital before he took the job, then forged a bond with his board to stage a remarkable turn

Back in 2005, before Wright Lassiter III interviewed for the position of CEO at the then-beleaguered Alameda County Medical Center in Oakland, Calif., he decided to see for himself if there were some signals of hope in an institution that had seen 10 CEOs crash and burn in the previous 11 years.

“I flew in the afternoon before and grabbed a taxi over to the hospital,” he says. “I was in street clothes; I wasn’t in a suit. No one knew who I was. I walked into the ER waiting room and then walked the hallways. I wanted to get a sense of how the staff functioned; to see if people might help you find your way.”

What he found surprised him, especially for an organization with such a troubled recent past. Everyone he encountered was consistently courteous and helpful to him as a visitor, and to patients.

“There wasn’t one interaction that was negative,” Lassiter remembers. “The people doing the work in the trenches serving the community were doing the best they could.”

That, Lassiter says, gave him some hope that the health system could be turned around with the right moves. It also helped persuade him to give up a solid, comfortable position at JPS Health Network in the Dallas-Fort Worth area where he was senior vice president of operations.

Fast-forward a few years and the work that Lassiter has accomplished earned him a glowing write-up in Fast Company magazine, a spotlight that brought him national attention as well as some good-natured ribbing from his peers, he adds.

But to Lassiter, none of it would have happened without the backing of his board of trustees, a source of strength that is sometimes overlooked in the business world, he says.

“Two board members who served on the search committee that selected me are a large part of the reason why I considered the job in the first place,” Lassiter says. “They were instrumental in the turnaround. I think it’s important for CEOs to partner with their boards to drive change.”


It was the board’s backing that enabled him, he says, to press forward with an aggressive plan to reduce errors and champion quality and patient safety.

“I generally take my board members to health care conferences to help them understand the nuances of what’s being presented,” he says. “But I purposely did not go with my vice chair when he attended an IHI conference on quality because I didn’t want to influence him. He went with our chief medical officer instead. When he came back, he told me, ‘OK, Wright, I get it. I am scared out of my mind, but we have to do this.’ ”

The leaders at Alameda County Medical Center presented a plan for “harm reduction” and, in 18 months, reduced incidents of harm by 48.5 percent across the system.

“People get uncomfortable with the word ‘harm,’ but the board agreed that it was the correct word to use. The groundbreaking report “To err is human” found that harm was happening in hospitals and we were willing to acknowledge that a problem existed,” Lassiter says bluntly. “Our work drew glowing comments from the Joint Commission and Donald Berwick, a member of the original committee that published the report on errors. That’s what happens when you educate a board well and then engage them.”

Healthcare and leadership are part of Lassiter’s heritage. His mother is a nurse, and his father is chancellor of the Dallas County Community College District. What he’s learned from them, and from his career, is that a critical factor in leadership is simply courage, like the move he made in accepting the Alameda position. “That doesn’t mean blind courage,” he notes, “or taking risks that are inappropriate. But when the lights are off and you don’t know what’s around the corner, you have to lead with courage.”

Closely aligned with courage, he says, are transparent communication and flexibility. “Communication is especially important with the medical staff,” Lassiter notes. “You tell them, ‘Here is our plan, and we will keep communicating with you all the way through this process.’ ” It’s a reason why he still takes part in new employee orientations, he says.

Flexibility is based in honesty, Lassiter says. “You have to do your planning with flexibility. You can plan so that you have a baseline for your actions as an organization, but you have to be willing to be flexible if conditions change.”

And as conditions change within the healthcare industry itself, he says, building a leadership team requires flexible people. “Healthcare is a relationship business, and I’m always looking for folks who can foster, build and maintain strong relationships. It takes perseverance too. You can’t be dissuaded easily by problems or challenges.”

At Alameda, the challenges have been formidable, but Lassiter and his team have stepped up to the task, stopping seven-figure financial losses and building a new facility while dealing with all the issues that come with being a safety-net hospital.

“When I talk to our people, I say, ‘Think of your loved ones and put their faces on the patients and families you’re caring for.’ When you approach your work with this in mind, you will do all you can to provide excellent service.”