Bernard Tyson: Workers will share in healthcare costs, but cost shifting is not sustainable 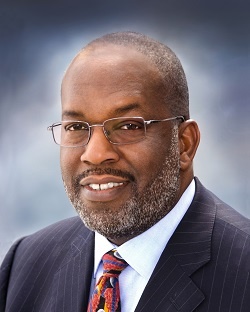 At a recent New York Times conference on healthcare, Kaiser Permanente Chairman and CEO Bernard J. Tyson drew applause when he said that healthcare costs can’t continue to be shifted onto the backs of American workers, who have seen few wage increases in the last 20 years.

It’s one thing when a consumer activist or patient advocate makes a bold statement like that; it’s quite another when the words come from one of the most powerful healthcare executives in the country. In a conversation the following week, he elaborated on that point.

“You have the American people seeing the cost of living going up every year and seeing the cost of healthcare going up three or four times the cost of inflation,” Tyson said. “They see no real wage increases and then they get stuck with the added cost that’s been shifting to them from employers and insurers.

“That is not a long-term solution.”

What does seem to be working is the Kaiser Permanente business model, in which the organization serves as both health plan and healthcare provider, with capitation helping to fund the delivery of care and hospitals viewed as expense centers rather than revenue generators.

“One of the moral obligations that I believe I have as a leader in the healthcare industry is to bring a lot of transparency as to why I believe our model is the best way to go,” Tyson says. “It’s a system that doesn’t pay for volume, that isn’t motivating people to produce more of something in order to get paid. What we have been able to do for almost 70 years is align the incentives of the financing mechanism with the hearts and minds of physicians and other caregivers who continually sign up to do the right thing.”


The healthcare industry has recently gone through a period where many hospitals were building new patient towers that executives needed to fill with inpatients to pay for. Readmission penalties have changed the rules. Now, consciously or unconsciously, a growing number of U.S. healthcare organizations seem to be emulating Kaiser Permanente as they acquire or create their own health plans in the reform era.

Healthcare removed from the high-volume, fee-for-service environment has always been the goal at Kaiser Permanente, Tyson says.

“It’s in the DNA – it’s how the organization was built,” he says. “In his early years, Henry J. Kaiser’s mother died. He believed that she died prematurely because they were poor and couldn’t afford the right healthcare. Of all the businesses he created and all he did in his life, it’s pretty interesting that this organization is the standing legacy that continues to carry his name forward into the future.”

The future at Kaiser Permanente can be held in the palm of your hand, if that palm is holding a smartphone. The organization has invested heavily in information technology with the autonomy its capitation model has allowed.
“We are,” Tyson says simply, “the alternative to the mainstream delivery system that you see out there. We get a lot of people who come in to look at how we run our hospital systems.”

When a Kaiser Permanente member has to enter the hospital, whether through the emergency department or a planned admission, his or her electronic medical records are available 24/7 online throughout the system. That’s not a goal; it’s a present-day reality.

“It expedites getting to a diagnosis, and then determining what the treatment is,” Tyson says. “In the outside world, you can end up in the emergency department 12 to 24 hours before they figure out what’s going on. In our world, within 45 minutes or an hour, you can be in a hospital bed and we’re starting treatment. The whole point is to manage the quality of care and the logistics of care.”

With EMRs already in place at Kaiser Permanente, Tyson has the freedom to look down the road to make sure the organization is still a health care leader 10 years from now. To that end, he’s taken a particular interest in the younger employees who are part of his workforce, which numbers about 200,000.

“I have a particular interest in the millennials right now,” he says. “I feel that part of my responsibility is to make sure that the future generation of leaders is in the pipeline, contributing in very different ways than what I went through 30 years ago when I was growing up in KP.”

Gen KP, as the millennial group is called, has direct access to Tyson – no hierarchy. And Vision 2025, Kaiser Permanente’s future planning project, includes contributions from the organization’s future leaders. “I will tell you that having the millennials as part of that thought process is making us think very differently about the future. It’s refreshing.”

Looking more broadly, Tyson, who took the helm of Kaiser Permanente in 2013, hopes to make a wider impact in making healthcare more affordable and eliminating disparities in the U.S.

“I strongly believe that healthcare is unaffordable in large part because it’s siloed, and it’s running off the wrong chassis,” he says. “I would love to continue to contribute to the affordability agenda in this country.”

Like his comments about shifting healthcare costs, Tyson’s perspective on the topic leans toward an empathy for American workers.

“I think everyone breathing in this country should have the same equal rights and a level playing field for the ability to pursue life, liberty and happiness,” he says. “And the question I ask myself is, what is the role that healthcare can play in allowing people a good chance of doing that? We continue to have health disparities in this country; it isn’t a level playing field.”

Tyson said the changes brought by the Affordable Care Act can make a real difference in grading the surface of that field. “I think the elements are in place to put the pressure back on the industry in its transformation to produce higher quality care at a lower cost. And I know that’s possible.”