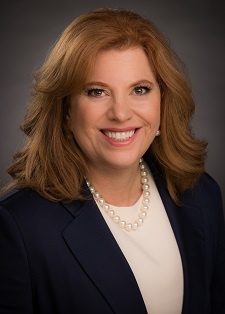 The energy that Halee Fischer-Wright, MD, brings to the Medical Group Management Association is palpable.

She is on a mission to not only transform the venerable medical association she now leads as president and CEO, but to help steer the healthcare industry in a better direction. She came into her role at MGMA in 2015 with a track record as a successful pediatrician and president of a medical group who also served as a chief medical officer within Centura Health, a large health system in Colorado and Kansas. In addition, she spent several years as a management consultant and co-authored the book, Tribal Leadership. “My passion is in culture and leadership,” she says.

Like many storied organizations, the 90-year-old MGMA needed to reassess and reinvent itself. It made its mark developing the cost and compensation surveys for physician practices in the U.S. “If you’re hiring a physician, you need to look at our survey,” Fischer-Wright says. “And if you’re going to buy or sell a practice, you are probably going to buy data from us. That was our claim to fame.”

But the pace of change in healthcare had diminished the brand to some degree, and Fischer-Wright gave it the jolt it needed. She and her team have developed the MGMA Stat text-messaging service that gathers instant feedback from its membership and gives them a unified – and increasingly powerful – voice to the marketplace, among other initiatives.

“I’m very much of a fan of disciplined innovation,” she says. “When I was a consultant, we did work with IDEO in San Francisco. So, that idea of prototype often, fail often and inexpensively, be willing to learn from your mistakes and focus on the end user – that’s what we’ve brought into MGMA. I view MGMA not as a not-for-profit healthcare association, but as a for-profit, well-funded startup at this point in time.”

The results so far have earned Fischer-Wright a 2016 Maverick of the Year trophy from the Stevie Awards, the international business competition. It’s also helped open doors for Fischer-Wright and MGMA that might not have been as pliable not so long ago. When the University of Miami School of Business Administration convened a panel on “National Election Impact on Health Care Sector” a few months after the 2016 election, the luminaries opining on the way forward included American Medical Association CEO James Madara, AHIP leader (and former CMS chief) Marilyn Tavenner, American Hospital Association CEO Rick Pollack, HFMA head Joseph Fifer – and Fischer-Wright.

“What really hit me when I served on that panel is that all of us want the same things, even though the ways we approach them are dramatically different,” she says.

The way to achieve lasting change in healthcare, she adds, is to stop thinking the top-down approach will work – it has to bubble up from the grass-roots level.

“I think most of the change we’re talking about is cultural, and I actually think we can provide analytics that show it’s possible for physicians to have more time with patients, decreased cost, increased quality and increased satisfaction, which are the goals we all aspire to.”

Fischer-Wright points to successes in this vein at Geisinger Health, Cleveland Clinic, Intermountain Healthcare and Virginia Mason as disparate examples of how these outcomes can be achieved. But she cautions that each practice is different, and that what works for one may not work for another.

“Every practice has to figure out what that looks like for themselves. We need to stop looking for the cookie-cutter approach because it’s not valid,” she says. “But there are some guiding principles, and they tend to be cultural, and they center on hiring. It’s like the Jim Collins approach in Good to Great – get the right people on the bus.”

The pressures on physicians are huge. The introduction of electronic health records has many benefits, but it has increased doctors’ paperwork and decreased their time with patients to a 2:1 ratio. The coming MACRA regulations appear to be especially burdensome for independent physicians and those affiliated with smaller practices – and physicians won’t get feedback from the government on how they’re doing for 12 to 18 months. It’s perhaps not too surprising that 83 percent of physicians say they wish they had considered alternative careers, and that the role of physician, which used to be the most respected profession bar none, has dropped to #6 in a recent poll.

“Physicians will report that they spend 13 to 16 minutes with each patient; patients say they actually get eye engagement from a physician for only three of those 13 to 16 minutes,” Fischer-Wright notes. “Providers are increasingly being held accountable for the outcomes of their patients – so if I don’t have much of a relationship with my patient but need them to keep their blood sugar in check, manage their diabetes and do routine care, what’s the likelihood that the patient is going to engage in that?”

Fischer-Wright and MGMA believe there are ways to restructure medical practices to change the status quo. That’s also the premise of her new book, Back to Balance: The Art, Science, and Business of Medicine.

“One of the things we highlight in the book is asking the right questions,” she says. “We’re not asking the right questions in healthcare to get to the outcomes we want. We’ve tried a lot of top-down change without achieving a lasting impact. Where we really need to work to sustain change, as we’ve said, is at the grass-roots level.”
To that end, MGMA also has partnered with the AMA the past two years on the Collaborate in Practice conference.

“Instead of trying to identify one specific constituency within a practice to leverage change, if we can fundamentally get the leadership – which is both the administrator and the provider – engaged and on board, then we’re going to see meaningful change within the practice that helps us get toward our Triple Aim goals,” Fischer-Wright says.

Fischer-Wright says many physicians have felt disempowered over the last decade, but believes the pendulum is swinging back, due to economic constraints and new generations of workers, like millennials, who have little patience for sticking with processes that don’t have the end user in mind. “This entire $3.4 trillion healthcare system really starts with a provider with a patient in a room. And that’s what we need to remember. It’s all predicated on that.”

But she’s quick to note that wishing wistfully for bygone days profits no one.

“A lot of my colleagues will talk about that we need the art of medicine independent of business and science, but that doesn’t work,” she says. “Healthcare is increasingly eating our gross domestic product, and so to say, ‘I just want to see patients,’ is not a sustainable attitude in this day and age. However, to say it’s in our business’ best interests to bring back more of the art of medicine is absolutely a valid argument, and we can demonstrate why that’s important.”

SIDEBAR: Shifting our thinking on how to improve healthcare

If the healthcare industry could flip a switch tomorrow and change several things to improve the quality of care, what should it do? Halee Fischer-Wright, MD, president and CEO of the Medical Group Management Association, has some ideas about that and covers them in her forthcoming book, Back to Balance: The Art, Science, and Business of Medicine.