Beverly Malone strengthens her leaders by empowering them

Beverly Malone strengthens her leaders by empowering them 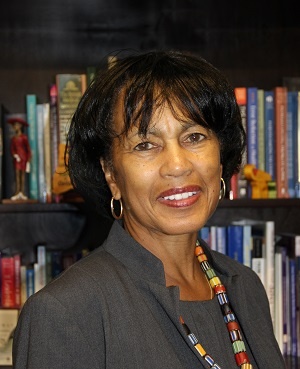 Today, the world of healthcare is imbued with a nonstop barrage of change, and Beverly Malone, CEO of the National League for Nursing, says she thinks leaders should get excited about that.

“Yes, times are volatile,” she says, “but, as a leader, you were born for times like these. It’s not just ‘one potato, two potato’ anymore. When you can bring folks together and reassure them they’re in the right place at the right time doing the right things, it doesn’t get much better than that.”

Malone has served as dean of North Carolina A&T, president of the American Nurses Association, and general secretary of the Royal College of Nursing in Great Britain, where she oversaw all nursing in the U.K. She says leadership isn’t easy but is incredibly rewarding.

“When you are a leader, there are times when there is a lot to carry,” she says. “Sometimes, you have to hold the boundaries of the organization in your mind and heart. “

Collaboration in leadership is the key, adds Malone, who earned a PhD in clinical psychology.

“Selection is about understanding what you already have, and what are the gaps on your leadership team,” she says.  “I look at it as, ‘I’ve got this dream, and I need expertise in this certain area. Let me find this person and try my best to move out of the way.’ I want them to help build the culture. Some level of trust on my part is critically important.”

The need to create alignment on a leadership team is universal. Many leaders utilize personality assessments with their direct reports to better understand the dynamics that occur on their teams, and to look for ways to address the gaps that Malone speaks about.

With a lot of turnover in the executive ranks of healthcare, the need to address executive team performance is urgent to keep leadership teams rowing in the right direction. Behavioral assessments and the work of organizational psychologists can help CEOs keep their C-suite on track.

Situational leadership is a delicate balance that takes an extremely intuitive leader to execute. Many factors play a role, including:

This type of leadership can allow teams to become stronger as a whole, but leaders, such as Malone, must be adaptable and in tune with not only the inner workings and talents of their team members, but also the nuance of the situation at hand and the possible challenges posed from stakeholders.

Malone says delegation, while it is a basic building block in leadership, is an important component of trust at all levels of an organization.

“I think there’s some level of authority that each person has to have in order to feel good about their work. If they don’t feel authorized, and subsequently have an inability to get things done, then I have not succeeded as a CEO. That’s really a huge part of what we do at the NLN. I’m not the only who does the visioning and dreaming.”

To delegate and mentor as a CEO, one must understand the types of organizational power (first outlined by Raven and French in 1959) and use them carefully, she says. They are:

To build high-functioning leaders, extended power is an underestimated force in an organization. Some teams falter because there is so much turnover in healthcare’s executive ranks. Extended power builds the pipeline of talent, aids executive succession and improves the retention of high-performing leaders.

Malone puts it this way. “As the CEO, I can’t know or do it all. I want my team to be self-authorized.”

Self-authorization is something all nurses do every day the moment they step into a patient’s room, Malone says, and that trains their leadership abilities. If a nurse aspires to become a chief executive officer or a chief nursing officer, that self-authorization, along with humility, will serve them well.

“Our values here at the NLN describe ‘excellence’ as co-creating and implementing transformative strategies with daring ingenuity,” Malone says. “But you don’t do anything by yourself. If you can put together a team that will create those strategies with you, then you’ve got something.

“As a leader, every now and then, you will fall off a cliff. Falling is OK. It’s getting up that’s important. And, if you have that transformative team around you, they can help you get up.”

By allowing your team to stretch their leadership “muscle” not only in calm waters, but also within the eye of the storm you will see what they are capable of, and you might just be surprised at the innovation that is born from such practice.

EXECUTIVE’S TOOLKIT: Mentoring is essential in the board room too

Organizational dynamics come into play at the board level just as much as the rest of the organization, says Malone, who has served on many boards over the years.

“Board work is really group work at its best,” she says. “You have to decide what the components of governance will be for your organization. Some of it is political, some of it is fiduciary, and some of it is administrative.”

One of the secrets to developing a strong board, says Malone, is peer mentoring.

“Onboarding for board members is an understanding and appreciation for why they’re there,” she says. “What helps is to have a partner, someone who works with them from before the election and makes sure they have all the information they need on governance policies, especially conflict-of-interest policies. Having a mentor is extremely important for a new board member and is essential for their success.”

Rumay Alexander, NLN board president and chief diversity officer/associate vice chancellor for the University of North Carolina at Chapel Hill, says Malone’s expertise inspires confidence in the board members.

“Today’s leaders require the ability to be nimble, resilient, read the trends of change/ trends even before complete, be strategic, innovative, positive and caring,” Alexander says. “Being a leader who happens to be a woman and African-American leading the oldest nursing organization in the country has tremendous challenges. Few would be up to this task but Beverly Malone possesses what it takes to be pre-eminent.”

The “group work” that Malone highlights is something Alexander has witnessed often.

“A hallmark of Bev’s leadership traits is to do right rather than be right so she consistently works to preserve the dignity of others.  Her ability to not only hear but listen and understand multiple perspectives is remarkable.”