Adapt, commit and listen: A physician's advice on leadership development 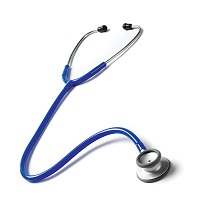 Physician leadership is a hot topic in our industry today and deservedly so - in the move to value-based care, who better to lead that charge than the clinicians?

Many organizations exist to help the physicians who are willing to embark on that journey to leadership. In fact, Furst Group has a successful program that you can read about here if you wish.

Sometimes, some of the lessons that stay with us most are stories. And so, in that light, I'd like to share some insightful notes we found on the blog of Ira Nash, MD, senior vice president and executive director of the North Shore-LIJ Medical Group in New York.

Dr. Nash recently shared his career journey with members of his organization's leadership academies. His career path was not as well-planned as it might have appeared, he says.

"I was not 'aiming' for where I ended up," he writes. "There were lots of points in time where it could have gone in an entirely different direction."

In addition, he notes that it was not simply his own talent that brought him to where he is today -- he had invaluable help along the way. "I was fortunate to have a supportive spouse and a few key mentors, the value of both being hard to over-estimate."

Although he is a veteran leader, his three key pieces of advice are very contemporary:

Healthcare is in a state of flux; adapt: "The world is changing too fast to expect that you can reliably predict what your work environment will be like or what opportunities may arise more than 3-5 years ahead."

When you make a decision, let go of the past: Nash was named to an interim post he very much wanted but was still trying to hold onto his old position -- until someone told him "it is really hard to steal second base if you never take your foot off of first.”

Get wise counsel, such as a coach: "It is incredibly helpful to talk through work-related issues with someone who is invested in your success. All too often, the people we work with have their own agendas."