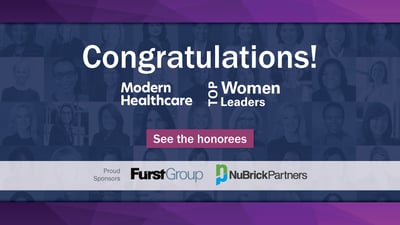 The plan was relatively straightforward. After he entered medical school at age 14 in Nigeria and eventually earned his M.D., Philip Ozuah’s objective was to get extra training in the U.S. or the U.K. before returning to his homeland to collaborate with his father on building a hospital, which the younger Ozuah would run.

The plan was relatively straightforward. After he entered medical school at age 14 in Nigeria and eventually earned his M.D., Philip Ozuah’s objective was to get extra training in the U.S. or the U.K. before returning to his homeland to collaborate with his father on building a hospital, which the younger Ozuah would run.

The plan was relatively straightforward.

After he entered medical school at age 14 in Nigeria and eventually earned his M.D., Philip Ozuah’s objective was to get extra training in the U.S. or the U.K. before returning to his homeland to collaborate with his father on building a hospital, which the younger Ozuah would run.

But the plan hit a snag when Ozuah became smitten with his pediatrics work in the Bronx at Montefiore Medical Center and Albert Einstein College of Medicine, where he has spent his entire career and now serves as chief operating officer.

“I was always driven by the desire to make a difference, and to make a difference in underserved populations,” Ozuah says now. “That was actually one of the factors in remaining and practicing in the Bronx, because I realized I could serve an underserved population right here in New York, and that deepened the resolve and the passion for doing that work.”

Ozuah’s father was an engineer and his mother was a school principal in Nigeria. They stressed the importance of education to their children, and Ozuah’s older brother was the first member of the family to travel to America to attend university. When Ozuah came to the U.S., he set to work on a post-doctoral fellowship at the University of Southern California and eventually earned a doctorate in leadership. But the degree of poverty in the U.S. surprised him.

“Obviously, I came to the U.S. from a place where there’s immense poverty on the one hand and immense wealth on the other, and they could be juxtaposed right next to each other,” he says. “But there is an image of the U.S. as the richest country in the world, which it is. And so, the extent of some of the privation here can initially be puzzling. You say, ‘How can this be?’ ”

Eliminating health disparities has been a lifelong focus for Ozuah, so he is pleased to see population health taking on much greater prominence under the ACA. And, if some of that emphasis has its roots in fiscal issues, he’s fine with that. Just alleviate suffering, he says.

“I’m not surprised as much as gratified because I think the focus on population health is long overdue,” he says. “Of course, it’s being driven as much out of necessity as a sense of mission, but it doesn’t matter to me what the motivating factors are. As a nation, I think we need to focus more on keeping people well and not simply figuring out how to do more things to them when they are ill.”

Ozuah made his mark as a world-class pediatrician, with a special interest in asthma, obesity, and environmental exposure. He once told the New York Daily News that the knee-jerk response to counsel poor families to get rid of their cats because of the allergy/asthma factor was overlooking the fact that having a cat had the significant health benefit of eliminating rodent issues.

It was that type of astute medical knowledge combined with an uncanny common sense that accelerated Ozuah’s rise. And, in addition to his administrative acumen, he won a slew of teaching awards for his work training the next generation of physicians at Einstein, where he also served as professor and university chair of the pediatrics department.

“I’m one of those doctors who loves all aspects of medicine,” he says. “Even though I am a pediatrician, I enjoy surgery just as much, as well as adult medicine and psychiatry. I find medicine to be challenging, exciting, rewarding and gratifying.”

While he still sees some patients, Ozuah says his primary job “is to make sure the 6 or 7 million patient encounters that take place at Montefiore every year all go well. Now, if there were 600 hours in a day, I would still be a full-time clinician and full-time teacher and researcher as well.”

With his Ph.D. in leadership, he has enjoyed the move to the administrative side, a transition that more and more clinicians are embracing these days.

“I always enjoyed reading the autobiographies of military or industry leaders,” he says, “because there were always nuggets about management in there. When I was asked by the hospital to take on my first role in leading the medical student training program, I found that I not only seemed to have an aptitude for it but also that I actually enjoyed the challenge of solving problems and trying to figure out solutions when there were not an infinite amount of resources.”

Perhaps someday Ozuah’s story may end up in a biography too. He himself admits that “it is a kind of a miracle” that an immigrant from west Africa could, in two decades, become the COO of a multi-billion-dollar healthcare system in the U.S. But the short version of his tale includes plenty of difficulty that’s easy to gloss over more than 20 years later.

“The fact of the matter was that I had saved the resources to pay for my first semester at USC, but it wasn’t clear how I was going to actually pay for the rest of my education,” he says.

Ozuah eventually earned an academic scholarship to pay for USC. But even when he came to Montefiore as an intern and resident, he found that his status as a foreign-trained physician caused some to question his abilities.

“Sometimes, the assumption was that you were incompetent until proven otherwise,” he says. “But I found those things to be motivating and welcomed the chance to prove that I belonged.”

Now, he is lionized as a national leader and continues to urge young people to consider medicine as a career despite the concerns that clinicians have about reimbursements, EHRs and regulations.

“I think that the next generation is going to move the needle a lot farther than we did. There is no other field where one can make as much of a difference on a daily basis as in medicine. I’m buying medicine stock all the way. I’m all in, because I think it’s a wonderful career.”