Helen Darling: A strong voice for employers in the healthcare debate 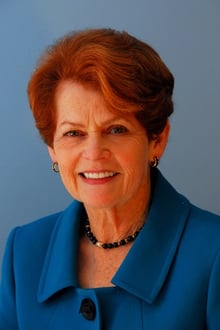 The healthcare industry is undergoing major changes, but Helen Darling says the providers and payers who comprise much of the industry aren’t doing enough to control costs and improve quality. Her words carry a lot of weight – she’s the president and CEO of the National Business Group on Health, which represents many of the large employers in the U.S.
Darling says her membership would like to see big improvements in safety, quality and costs, but have doubts about whether that could actually happen in an industry with limited competition.

“With our healthcare system, there are no countervailing forces that will essentially force organizations to reduce costs and improve quality and safety,” she says. “We saw very little attention paid to patient safety until the federal government took this tiny amount of money and said, ‘We’re going to hold this back if you don’t meet certain Partnership for Patients goals.’ And that did get people’s attention, but that’s what it took.”

Darling’s non-profit organization represents many Fortune 500 and other large companies, serving as a united voice on healthcare policy and offering solutions to healthcare issues in the marketplace. She says her membership is concerned about where healthcare is headed.


“All you have to do is look at every report written concerning the national debt or the annual deficit and see that healthcare is the driver,” she says. “It’s not Social Security. It’s not education. It’s not feeding children. It’s all about healthcare.”

Darling herself has led a storied career, directing studies at the Institute of Medicine before becoming the health legislative aide for U.S. Sen. Dave Durenberger (R-Minn.). She later worked as a senior executive for Mercer, Xerox and Watson Wyatt (now Towers Watson) before agreeing to lead NBGH. She is a member, and co-chair for ten years, of the Committee on Performance Measurement of the National Committee for Quality Assurance and is Vice Chair of the Board of the National Quality Forum.

Patient safety, she said, is a key concern for her and NBGH.

“There’s nothing like statistics having to do with patient safety to galvanize attention to the problem,” she says. “Just think about the amount of harm or death because somebody, for example, gets an infection. Even if they don’t die, they suffer. I’m sure everybody knows families of someone who got C-Diff or MRSA in the hospital. All you have to do is look at the data and see how much human suffering and wasted cost are behind healthcare associated harm.”
The lack of progress on that front, she says, is perplexing.

“What I don’t understand, to be honest, is why there isn’t more of an outcry,” she adds. “If somebody eats a hamburger that has some contamination, it’s all over the television. If a plane goes down, people are on it for days in the 24/7 news cycle. And yet every day, in hospitals across the United States, people are being harmed and in some instances are dying from conditions that are preventable and avoidable.”

Darling encourages the executives she represents to serve on the boards of hospitals (something she herself has done), and her group offers them a patient safety toolkit. She encourages trustees to press for frequent safety reports to be given to the CEO and the Board of Directors.

“Historically, hospitals have a risk-management report, and they might have a quality report if, say, the Joint Commission did its audit and found something. The risk-management report will say things like, ‘There was a patient fall this month and we have booked $3 million as part of the liability reserved to take care of it.’ That’s it. Historically, there has been no root cause analysis, no report on what changes they’re making to stop that from ever happening again. That is changing but it isn’t fast enough or universal.”

To be fair, a few of the major employers who make up NBGH’s membership have similarly been criticized for their reaction to healthcare reform, including some who have changed terms of employment that make fewer employees eligible for health insurance. But Darling says health insurance has never been an automatic benefit for the workforce.

“At any given time during the year, we have 60 million people without coverage, and most of them are working people. Health insurance has always been a perk,” she says. “It’s never been something that everybody has, and it is very much related to wages. The irony is, the people with the lowest wages get the least benefits. But I don’t think it’s going to get worse. If the insurance marketplaces work the way they’re supposed to work, we will be better off in terms of coverage (although not in terms of the costs of health benefits coverage on a net basis).”

But the penalties for lack of coverage will need to change before that happens, Darling adds.

“The penalty is not as much as it will cost people to get the coverage. They can’t tell people they have to have a package that will cost, on average, $7,000, and then tell them the penalty for not buying coverage is $1,000. They’re going to have to change the package because it makes the subsidies much richer. They will bankrupt the country on that one.”

Still, she says she’s confident that the gap will be bridged.

“All that needs to be sorted out, but I actually think we will have more people covered. Nobody will be happy about a lot of the details. In the end, I think more states will look a little more like Massachusetts.”

“I belong more to the Sheryl Sandberg ‘Lean In’ school,” she says. “I’ve been hiring men and women and mentoring them for a long time. I still see significant differences in the way men and women assess themselves, in the way they think about their careers and their families.”

She laughs as she relates a humorous story she heard on the radio recently. “It said that if women miss a child’s school event, they are just wracked with guilt. But if a man merely drops the child off at the event, he feels like he made a major contribution. That’s pretty funny, and pretty accurate.

“And as long as that’s true, women won’t always be able to have the same kind of executive career that men do. They can have the combined benefits of living in both worlds but as long as executive careers require the kind of 24/7 commitment to work that most do, women and men will have to choose what balance or lack of balance they really want.”