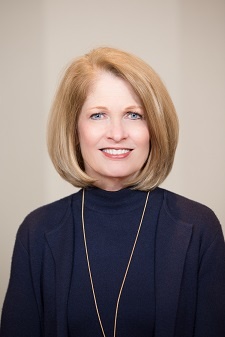 The volatility of the healthcare industry has Yale-New Haven Health System CEO Marna Borgstrom reassessing her thinking about leadership, and how to best support the development of her executive team.

“The things we’re dealing with today as leaders in healthcare didn’t exist when I was coming up,” says Borgstrom, who has led the system since 2005. “There isn’t a road map to navigate today’s challenges. But what I think we can give people are opportunities and experiences that will stretch their ability to think and be comfortable with ambiguity, to teach them to lead by influence as much as by control.”

Borgstrom says her board has been encouraging her to spend more of her time on talent management and development. “What we’re trying to focus on,” Borgstrom says, “is evolving their roles so they can be 'tested' in situations where they have to draw on innate strengths, where they need to listen and then to exercise judgment. As part of that effort, we are an inaugural participant in the Carol Emmott Fellowship to advance women health care leaders. One of our Yale New Haven executives is just finishing a year in the Fellowship and another is just starting."

She’s also begun to lead more intentionally beyond Yale-New Haven. She is part of a group called Women of Influence that seeks to promote leadership development and mentorship for women in healthcare. Borgstrom is paired with a young female executive from one of the Advisory Board companies.

“I have had the privilege of working with an absolutely spectacular young woman in Washington, D.C.,” Borgstrom says. “She’s smart and focused and committed to healthcare. She’s a lot of fun, and is focused on developing her career.”

Female mentors were few and far between when Borgstrom’s own career was on the rise. She was mentored primarily by two male executives, Tom Smith and Joe Zaccagnino.

“Neither Tom or Joe ever made me feel like I was being treated differently than other people,” she says. “Both advocated for me as much as they could. Joe, in particular, was the master of immediate and direct feedback. He was always trying to help me grow.”

Borgstrom admits it took her a while to find her voice at the health system – literally. She was soft-spoken to a fault. “Joe and Tom used to say to me, ‘Speak up!’ I didn’t volunteer a lot of my thoughts. If I didn’t think I had the perfect thing to say, I generally didn’t say anything – I think women do this to themselves much more than men.”

Zaccagnino especially drew Borgstrom out, which led to much upward advancement.

“Joe said to me, ‘First of all, not everything you say is going to be brilliant. But secondly, you have as much right to be in that room and at that table as anybody else – say it like you mean it.’ ”
Borgstrom is pleased with the progress her own organization is making in terms of leadership diversity, although she is always looking for improvement.

“This is the result of 15 years of intentional recruitment – and we’ve made some mistakes – but I’m quite proud that we have probably one of the more diverse leadership teams in the country at Yale-New Haven Health System and particularly at Yale-New Haven Hospital,” she says. “It has been done with intentionality, but the people we have been bringing in are awesome.”

The healthcare industry as a whole, though, still has a lot of work to do, she says.

“When I get outside of our organization, I will sometimes still look around the room and say, ‘Wait a minute. I’m the only woman here,’ ” Borgstrom says. “That is still a little bit weird and a little bit uncomfortable, because it reinforces that we’re not doing enough to advance women into the senior-most positions in the healthcare field.”

Borgstrom’s growth as a leader has led to her becoming a valued member of national and local boards, including Vizient (formerly VHA Inc.), the Association of American Medical Colleges, The Coalition to Protect America’s Healthcare and the Connecticut Hospital Association.

But don’t ask her about her legacy.

“I hate that word,” she says, laughing. “I’m 63, but I remember when I used to be the youngest person in almost any room and ‘legacy’ wasn’t in my vocabulary. I work with a coach who tries to talk frequently about ‘legacy.’ My response is that organizations have short memories. I’ll be happy if people feel I made the organization stronger by living our values.”

But she is intentional about making room for new talent, and working with her board on C-suite succession plans for the future.

“I think leadership teams need refreshing periodically,” she says. “Also, I work with some very talented people, and the reality is that, if they don’t see a potential line of sight to grow, they are going to be more likely to be picked off by other organizations and move on.”

Borgstrom is in no hurry to head for the exit. But whenever the time comes, she says, “I’d like people to say that our leadership team helped build organizational strength and a corporate culture that was patient-focused, compassionate, respectful and fair.”

Marna Borgstrom says Yale-New Haven Health System opens its meetings these days with patient stories. And as Yale-New Haven continues its transformation to a value-based care system, the tales that are emerging are compassionate and exciting.

“Our staff has been treating a gentleman who is now in his late 20s who has chronic sickle cell disease,” Borgstrom says. “As an adult, his disease is chronic with episodes of terrible pain, which are usually treated with opiates.”

The pain was so severe that, in fiscal year 2015, the man spent one day short of half a year in the hospital through multiple admissions.

“By creating an ambulatory team of caregivers who see him every month, we were able to assist in teaching him how to manage symptoms at home, among other things,” Borgstrom says. “As a result, for the first half of this fiscal year, he has spent less than two weeks in the hospital. It made sense from a financial perspective but, most importantly, he’s had a better life and, for the first time, has been able to hold down a job.”

But value-based care will look different in every case, she notes.

“What one patient would define as value is not the same as another patient,” she says. “For this patient, it was to minimize disruption in his life and to get him back to an acceptable level of functioning so that he could hold a job and have a real life.

“There are some clear, objective measures of quality and safety. But the real measure of what each person is looking for becomes very important to this concept of personalized care.”