Making the Case for Gender Diversity: Women in Healthcare Leadership 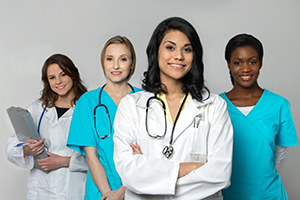 Real-world advice: ‘As more women join boards and demonstrate the value they add, the system will become self- perpetuating,’ says Helena Morrissey

The American people have spoken. A majority want more women leaders in business and politics, even though they also believe women typically have to work harder to prove their skills and have more obstacles on their way to the top. In fact, 54 percent say gender discrimination plays a large role in why there aren’t more women in positions of executive leadership.1

Those are some of the results of a fascinating new study by the nonpartisan Pew Research Center. Their implications are implicit: Pressure is growing for better gender and ethnic diversity in every sphere of public life.1

As longtime sponsors of the Top 25 Women in Healthcare leadership awards curated by Modern Healthcare, we have seen the momentum and the drumbeat growing for this type of sea change. While challenges certainly remain – the number of women who are employed as CEOs of the companies in the S&P 500 is declining instead of increasing – we remain optimistic that transformation is in the offing.

The corporate world can be slow assimilating societal changes, yet society is clamoring for more women in leadership. According to Pew, Americans view women leaders as better than male leaders in:

While male leaders get the nod in people’s perceptions that they are better at negotiating profitable deals and taking risks, the value placed on female leaders does not end there. Asked specifically about gender and political leadership, for example, the Pew survey results reveal that women are perceived as stronger in standing up for what they believe in, being honest and ethical, working out compromises, and being compassionate and empathetic.1 Who wouldn’t want to work for leaders like that?

The situation in healthcare

Only 8 of the top 100 hospitals in the U.S. have a woman CEO, according to a 2016 survey conducted by Rock Health2, a venture fund dedicated to supporting “companies improving the quality, safety, and accessibility of our healthcare system”.3 While the lack of senior female leadership is not unique to healthcare, it is notable that ...